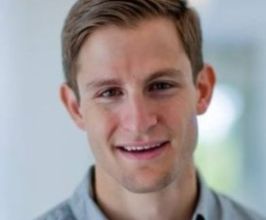 Book Aaron Jacobson for your event

Aaron Jacobson joined NEA in 2011 and is a Principal focused on early-stage technology investments with a strong emphasis in SaaS, infrastructure software, and communications. He serves as a director of Tigera and Dreamfactory, and a board observer at Illusive Networks, StreamSets, and Console. He’s also helped lead investments in CareZone, Cohere Technologies, Coursera, Databricks, GainSpeed, GuideSpark, Igneous Systems, Kumu Networks, Lattice Engines, Luminate Wireless, Mimosa Networks, Move Guides, NGINX, Philo, Psikick, and Stormpath. He was previously involved with Box (NYSE:BOX). In 2016 he was named to Forbes Magazine’s “30 under 30” in Venture Capital and the Silicon Valley Business Journal’s “40 Under 40”.Prior to joining NEA, Aaron spent two years at Qatalyst Partners in San Francisco. At Qatalyst, Aaron worked as an Analyst engaged in various M&A transactions, which included the sale of PopCap Games to Electronic Arts, the sale of Riot Games to Tencent, the strategic investment in Go Daddy from KKR / Silver Lake / TCV, the sale of Palm to HP, and Conexant’s sale to Golden Gate Capital, among others.Aaron graduated Summa Cum Laude from the Jerome Fisher Program in Management and Technology at the University of Pennsylvania, where he earned dual Bachelor of Science degrees in Economics and Electrical Engineering, and carried a minor in Math.Contact a speaker booking agent to check availability on Aaron Jacobson and other top speakers and celebrities.