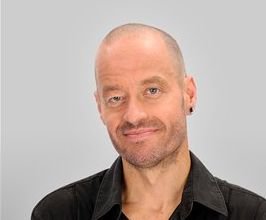 Book Adam Spencer for your event

Adam Spencer began his career in radio by winning the Triple J raw comedy championship in 1996. From there, Adam became a casual presenter, and eventually took over the coveted breakfast time slot, hosting from 1999 – 2004. A consummate learner, Adam holds a first class honors degree in Pure Mathematics and has an immense interest in science. These passions lead Adam to hosting the ABC program QUANTUM and FAQ from 1998 to 2001. Adam has been a regular guest on the Channel Ten’s GOOD NEWS WEEK Debate series, ABC’s THE GLASSHOUSE and THE FAT. In 2003 Adam hosted HIT & RUN for the Foxtel’s Comedy Channel. Adam’s other outstanding achievements include being voted “Best Speaker in the World’ at the World University Debating Championships. Prior to this, Adam was captain of the Australian Debating Team for 3 years. He was winner of the National Championships and Winner of the Australian University Championships. Adam was a regular performer at Belvoir Street Theatre’s ‘Theatresports’ and speaks regularly at science and Maths conferences Australia wide. Adam’s book LITTLE BOOK OF NUMBERS has been published by Penguin and has been translated into many languages around the world. His next book, MORE MIND NUMBING MATHS, will be published by Penguin in 2005. At the end of 2004 Adam and his co presenter on Triple J Wil Anderson toured the nation with THE LAST TIME TOUR, which sold out in every capital city and celebrated their time on Triple J. Adam has also toured for the last 3 years with Dr Karl Kruszelnicki in the SLEEK GEEK TOUR, which is held during Science Week and is an hilarious one hour show combining ground breaking science with side breaking comedy. Adam has had extensive experience on various boards and authorities – he continues to serve on the Senate of the University of Sydney, the NSW Premier’s Advisory Committee on Greenhouse and Global Warming and the NSW Health Department’s Clinical Ethics Review Committee as well as being an ambassador for the Fred Hollows Foundation and helping out with numerous charities. This wide-ranging exposure provides many potential areas of discussion in keynote addresses, conference sessions making Adam a firm favourite on the corporate convention and after-dinner speakers’ circuit. Adam has worked for more than 300 clients including Pharmacy Guild, Australian Bureau of Statistics, Zurich Financial Services, KPMG, Spatial Sciences Institute, Griffith Hack, TAFE NSW, CISCO Systems, Planning Institute of Australia, Queensland Resources Council, Grant Samuel Investment Bankers, Pearson Education, Australian Primary Principals Association, UBS Finance Academy, Time Magazine, Australian Financial Revue, Minerals Council of Australia and Finance & Treasury Association to name a few.Contact a speaker booking agent to check availability on Adam Spencer and other top speakers and celebrities.