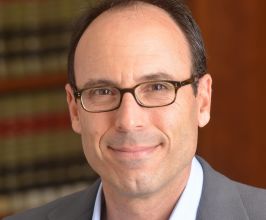 Professor of Constitutional Law at UCLA School of Law

Book Adam Winkler for your event

Professor Adam Winkler is a specialist in American constitutional law, the Supreme Court, and gun policy.His book “We the Corporations: How American Businesses Won Their Civil Rights,” was a finalist for the National Book Award, the National Book Critics Circle Award, the American Bar Association’s Legal Gavel Award, the California Book Award, and received the Scribes Award. He is also the author of “Gunfight: The Battle over the Right to Bear Arms in America.” His scholarship has been cited in landmark Supreme Court cases on the First and Second Amendments, and he is one of the twenty most cited law professors in judicial opinions today. His popular writing has appeared in the New York Times, New York Review of Books, Wall Street Journal, Washington Post, Los Angeles Times, New Republic, Atlantic, Slate, Scotusblog, and Daily Beast. He is a frequent commentator about legal issues and has appeared on “Face the Nation,” CNN, “NBC Nightly News,” C-SPAN, “Newshour,” ABC News, “All Things Considered,” “Morning Edition,” and “Marketplace.” He also served as co-editor of the Encyclopedia of the American Constitution (2nd Edition).The son of Academy Award-winning filmmaker Irwin Winkler, Winkler was born and raised in Los Angeles. He is a graduate of the School of Foreign Service at Georgetown University and New York University School of Law, which honored him with the Legal Teaching Award for outstanding alumni in legal academia. He also earned a master’s degree in political science from UCLA under Professor Karen Orren. He clerked for David Thompson of the United States Court of Appeals for the Ninth Circuit and practiced law at Katten Muchin in Los Angeles, where he was on a litigation team that represented the late Michael Jackson in a highly publicized child-molestation case.Prior to joining the UCLA faculty in 2002, Winkler was the John M. Olin Fellow at the University of Southern California Law School’s Center in Law, Economics and Organization. He serves on the board of directors of the Brennan Center for Justice and the American Constitution Society.Contact a speaker booking agent to check availability on Adam Winkler and other top speakers and celebrities.