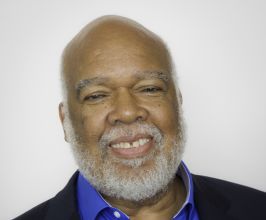 Adewale Troutman, M.D., M.P.H., M.A., president of the American Public Health Association (APHA), is the nation’s leading authority on public health and the voice of APHA, the oldest and most diverse organization of public health professionals in the world. He is also director of Public Health Leadership and Practice at the University of South Florida in Tampa, where he is responsible for the administration of the Public Health Practice M.P.H. Program, the Public Health Leadership Institute, and the Florida Public Health Training Center and Preparedness Emergency and Response Learning Center, which he serves as principal investigator.Dr. Troutman has dedicated his life to the principles of universal freedoms and the elimination of racism, injustice and oppression. He is fiercely committed to social justice, human rights, community activism, health equity and national and global health.Throughout his career, Dr. Troutman’s roles have included clinical emergency medicine, hospital administration, academic and public health practice. He has been a consultant to the World Health Organization in Thailand and Japan, and participated in health assessment missions in Angola, Jamaica and Zaire, as well as health training sessions in India and Austria. From 2004 to 2010 he was the director of the Metro Louisville Department of Health and Wellness (DHW). During his tenure there, he designed one of the strongest anti-smoking ordinances in the nation and drew national recognition by founding the first Center for Health Equity and initiating the Mayor’s Healthy Hometown Movement. Simultaneously, he served as associate professor in the University of Louisville’s School of Public Health and Information Sciences. Previously he spent six years as the director of the Fulton County Department of Health and Wellness in Atlanta, Georgia.Dr. Troutman has been featured in the nationally televised PBS series Unnatural Causes: Is Inequality Making Us Sick? His research focuses on health disparities and health issues affecting African-Americans. His publications include “What if We Were Equal,” which he co-authored with former U.S. Surgeon General and Assistant Secretary of Health David Satcher, M.D., Ph.D.Dr. Troutman was appointed to the National Advisory Committee on Infant Mortality. He serves as a member or past member of the National Board of Public Health Examiners, the Academy for Health Equity, the HHS Secretary’s Advisory Committee on National Health Promotion and Disease Prevention Objectives for Healthy People 2020, the Board of Directors of Public Health Law and Policy, the African American Heritage Center and the National Association of County and City Health Officers. He is also the former president of the Black Caucus of Health Workers. His published research has focused on health disparities and health issues affecting African-Americans.Dr. Troutman received his B.A. in physical education from Lehman College, his M.A. in black studies from the State University of New York at Albany, his M.D. from the College of Medicine and Dentistry of New Jersey (UMDNJ), New Jersey Medical School, and his M.P.H. in health policy and management from Columbia University Mailman School of Public Health. He completed a residency and internship in family medicine at the Medical University of South Carolina. He has held faculty appointments at Emory University, Morehouse School of Medicine, and UMDNJ.Dr. Troutman and his wife, Denise Vasquez Troutman, have four children.Contact a speaker booking agent to check availability on Adewale Troutman, MD, MPH, MA, CPH and other top speakers and celebrities.