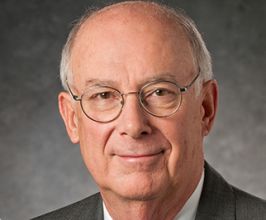 Financial and Economics Expert; Former President of the Federal Reserve of Richmond, Virginia

Book Al Broaddus for your event

Alfred Broaddus became the sixth president of the Federal Reserve Bank of Richmond on January 1, 1993. He retired July 31, 2004Broaddus is a native of Richmond, Virginia. A student of political science, Broaddus received a bachelor’s degree from Washington and Lee University in 1961. He spent a year abroad studying in France under a Fulbright Fellowship and received a graduate degree from the Center for Advanced European Studies at the University of Strasbourg. Broaddus served in the US Army from 1962 to 1964 before earning a master’s degree and doctorate in economics from Indiana University.Broaddus worked as a US Official Researcher at the Defense Intelligence Agency from 1964 to 1966. He returned to Richmond to join the Richmond Fed’s Research Department as a staff economist in 1970. He was an assistant vice president from 1972 to 1975, and vice president between 1975 and 1985. He became research director and senior vice president in 1985 and succeeded Robert P. Black as president in 1993.During Broaddus’ tenure, the Federal Reserve wrestled with “The Great Inflation” of the 1970s, as well as the expansion and consolidation of state and national banks and financial institutions in the 1980s and 1990s. He served several rotations as a voting member of the Federal Open Market Committee (FOMC) during his eleven years as the Bank’s leader, engaging in deliberations on issues such as inflation targeting and policy credibility.Broaddus often traveled the Fifth Federal Reserve District to speak with banking, business and community leaders, as well as university and college students about his role as a central banker, FOMC policy decisions, banking and the economy. Several noteworthy speeches include: “Central Banking: Then and Now;” “Macroeconomic Principles and Monetary Policy;” and “Competition in Banking: Achieving the Right Balance.”Broaddus wrote extensively about monetary policy issues, particularly price stability. He often tackled issues well ahead of the time, writing with his policy advisor, former Research Director Marvin Goodfriend. Papers include: “Sustaining Price Stability;” “What Assets Should the Federal Reserve Buy?;” and “Base Drift and the Longer Run Growth of M1: Experience from a Decade of Monetary Targeting.”Broaddus is a trusted advisor and a board member for several companies and organizations in the Greater Richmond area. He is a trustee for Virginia Commonwealth University and a member of the advisory board for its Massey Cancer Center. He is also a board member for Albemarle Corp., Faison Enterprises, Inc., Markel Corp., Owens & Minor, and T. Rowe Price. He is a member of the Economic Advisory Panel for the Federal Reserve Bank of New York.Broaddus previously held civic leadership posts for the Richmond Renaissance executive committee, Virginia Historical Society’s board of directors, the World Affairs Council of Greater Richmond, the American Civil War Center at Historic Tredegar, the Virginia Council on Economic Education, and Venture Richmond, and was formerly chairman of United Way Richmond.Broaddus and his wife, Margaret, have two adult sons.Contact a speaker booking agent to check availability on Al Broaddus and other top speakers and celebrities.