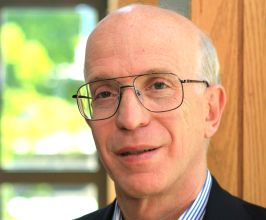 Economic Commentator at CNBC, Former Vice Chairman at the Board of Governors for the Federal Reserve and Princeton University Professor

Book Alan Blinder for your event

Alan S. Blinder is the Gordon S. Rentschler Memorial Professor of Economics and Public Affairs at Princeton University and Co-Director of Princetons Center for Economic Policy Studies, which he founded in 1990. He is also Vice Chairman of the Promontory Interfinancial Network.Blinder served as vice chairman of the Board of Governors of the Federal Reserve System from June 1994 until January 1996. In this position, he represented the Fed at various international meetings, and was a member of the Board’s committees on Bank Supervision and Regulation, Consumer and Community Affairs and Derivative Instruments. He also chaired the Board in the Chairman’s absence. He speaks frequently to financial and other audiences.Before becoming a member of the Board, Blinder served as a member of President Clinton’s original Council of Economic Advisers from January 1993 until June 1994. There he was in charge of the Administration’s macroeconomic forecasting and also worked intensively on budget, international trade and health care issues. During the 2000 and 2004 presidential campaigns, he was an economic adviser to Al Gore and John Kerry, and he continues to advise numerous Democratic politicians. He also served briefly as deputy assistant director of the Congressional Budget Office when that agency started in 1975, and testifies frequently before Congress on a wide variety of public policy issues.Blinder was born on October 14, 1945, in Brooklyn, New York. He earned his A.B. at Princeton University in 1967, M.Sc. at London School of Economics in 1968, and Ph.D. at Massachusetts Institute of Technology in 1971all in economics. Blinder has taught at Princeton since 1971, and chaired the Department of Economics from 1988 to 1990.Blinder is the author or co-author of 17 books, including the textbook Economics: Principles and Policy (with William J. Baumol), now in its 11th edition, from which well over two million college students have learned introductory economics. He has also written scores of scholarly articles on such topics as fiscal policy, monetary policy, and the distribution of income. He is also a regular columnist for The Wall Street Journal, and appears frequently on PBS, CNBC, CNN, Bloomberg TV and elsewhere.Blinder was previously president of the Eastern Economic Association and vice president of the American Economic Association. He is a member of the board of the Council on Foreign Relations, a member of the Economic Club of New York, the Bretton Woods Committee, and the Bellagio Group and a former governor of the American Stock Exchange. Blinder also serves on academic advisory panels for the Federal Reserve Bank of New York and the Hamilton Project.He has been elected to the American Philosophical Society, the American Academy of Arts and Sciences and the American Academy of Political and Social Science.Blinder and his wife, Madeline, live in Princeton, NJ. They have two sons, Scott and William, and two grandsons, Malcolm and Levi.Contact a speaker booking agent to check availability on Alan Blinder and other top speakers and celebrities.