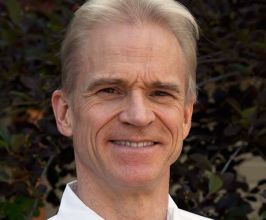 Book Alan Hobson for your event

At the age of 29, international bestselling author and worldwide adventurer Alan Hobson set out to realize his greatest childhood dream.It took him 10 grueling self-guided and self-organized expeditions to high altitude, including three expeditions to Mt. Everest, each of which required $250,000 to $500,000 in fundraising, to ultimately realize his dream. When he finally stood on top of the world, the tears of elation froze to his face. He could actually see the curvature of the Earth as the horizon bent in his peripheral vision at 29,035 feet (8,852 m). “Half the dream is done,” the then 39-year-old radioed to base camp as his voice cracked with emotion. “If we’re persistent enough, we can do the dreams.”Three years later after stepping down from the top of the world, he found himself at the bottom when, In August 2000, at 42, he was diagnosed with a very aggressive cancer of the blood and given less than a year to live. Using the hard-won lessons he learned on Everest, he chose to ignore solid medical evidence that there was an 85 per cent chance he would die. He is now one of less than a few dozen people in the world ever to regain an elite level of fitness after an adult blood stem cell transplant for acute leukemia and has been leukemia-free for over decade. In 2010, however, he was again diagnosed with cancer, this time with squamous cell carcinoma. After minor surgery, he was back cross-country skiing within a week. He is now considered to be medically cured and has no lasting significant side effects from either of his cancers or cancer treatments.Hobson’s achievements go far beyond his inner and outer adventures. He is the international bestselling author of half a dozen books, a former nine-time All-American gymnast, marathon runner, hang glider pilot, white water kayaker, parachutist, journalist, and winner of the prestigious William Randolph Hearst Award for Excellence in News Writing. He has scuba dived beneath the ice of frozen mountain lakes in the dead of the Canadian winter, visited sunken wrecks in Lake Geneva, and executed numerous night dives in the frigid and turbulent waters of the north Atlantic. He is a tough man for tough times – an expert at overcoming adversity, managing cataclysmic change, and enduring hostile and life-threatening operating conditions.Alan’s next expedition is the one he’s currently on – to continue his miraculous climb back from cancer, and help as many other cancer patients, survivors and caregivers as possible do the same. Together with his former wife, Cecilia, they have written a landmark book, “Climb Back from Cancer – Introducing The 10 Tools of Triumph for Survivors and Caregivers,” Alan’s sixth.On stage, Alan mesmerizes his speaking audiences with his riveting custom-built presentations. Using his exhaustive 5-step personal preparatory research process, he is able to make every presentation a one-of-a-kind experience that speaks directly to the specific needs of each group. This approach is unparalleled by any other presenter in the world and has earned him the distinctive title of “The Best Speaker in the World at Creating Custom-Built Presentations.”Contact a speaker booking agent to check availability on Alan Hobson and other top speakers and celebrities.