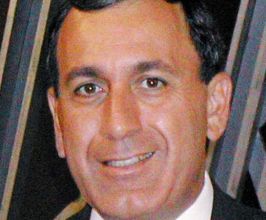 Book Alex Paen for your event

Alex is an award-winning journalist specializing in international news. Born in Greenwich, Connecticut, Paen was raised in Massachusetts and graduated fromUCLA in Los Angeles, California where he also began his journalism career at KMPC Radio in 1975.In 1979, Paen flew to Tehran, Iran to report on the American hostage crisis. There, he distinguished himself by gaining access to the occupied U.S. compound, obtaining interviews with the militants, and receiving the first recorded message from an American hostage. Paen also delivered more than four million Christmas cards and supportive letters to the captive Americans. Paen went on to anchor the weekend news on KTLA-TV in Los Angeles, joined KABC-TV in 1980 and most recently reported on world affairs for KCBS-TV.In 1994, he became the host of the nationally syndicated television show “EMERGENCY WITH ALEX PAEN.” In 1997, Paen created “Animal Rescue” and in 2003 developed and brought to national syndication “Missing.” In September, 2007 Paen launched “Dog Tales,” a weekly television magazine show all about dogs. Paen has covered the civil war in El Salvador, the political upheavals in South Africa, the assassination attempt on Pope John Paul II, the Iran-Iraq war, the Persian Gulf war, the Rio Environmental Summit, the famine in Somalia, the economic crisis in Cuba and the tragedy in the Balkans.Paen has garnered numerous awards, including an Emmy for his series on Papua New Guinea, two Golden Mikes for investigative reporting from the Southern California Radio and Television News Association, an Associated Press award for his Gulf War reporting and Emmy nominations for his television special, “AIDS: The Global Explosion” as well as for his weekly series, “Animal Rescue.” In addition to his news/broadcast career, Paen has authored “Love from America,” a true life account of his harrowing experiences in Iran, and is the publisher of THE TELCO REPORT, an international television program magazine.Contact a speaker booking agent to check availability on Alex Paen and other top speakers and celebrities.