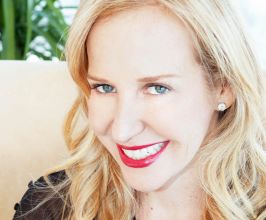 Alexandra Wilkis Wilson is an innovator and a disruptor. She has established herself as a pioneer, leader and dealmaker in digital commerce, retail, merchandising, sales, business development and marketing. She has a proven track record building and operating early stage, fast-growing consumer-facing businesses and creating powerful brands.Alexandra is currently SVP of Consumer Strategy and Innovation for Allergan, the bold, global pharmaceutical company. She is creating new sources of revenue for Allergan’s medical aesthetics business by building companies targeting consumers in a revolutionary way never been done before in the pharmaceutical sector. Under her purview, the beauty content site Spotlyte and the beauty services booking site Regi were conceived and launched.Alexandra was the Co-Founder and CEO of NYC based startup Fitz, the in-home service that organizes your closet and edits your wardrobe. After one year in operation, in February 2018, Fitz was sold to Tradesy, the world’s largest peer-to-peer marketplace for women’s designer fashion.From 2014 to 2016, Alexandra was Co-Founder and CEO of GLAMSQUAD, the leading on-demand mobile beauty services company. She led the company through rapid growth and raised $24M in venture capital for top tier firms including NEA, Softbank and Lerer Hippeau Ventures.Alexandra is best known professionally as Co-Founder of the ecommerce sensation, Gilt. In 2007, Alexandra and her co-founders conceived of Gilt and revolutionized the landscape of luxury ecommerce. Throughout her 7+ year tenure at Gilt, Alexandra took on merchandising, sales, business development and marketing responsibilities. In 2016 Gilt sold to Hudson’s Bay Company.Before co-founding Gilt, Alexandra managed retail operations at Bulgari, overseeing 15 North American stores. Before working at Bulgari, Alexandra managed Leather Goods Sales Planning for Louis Vuitton North America. She had previously worked at Financo for the late retail guru Marvin Traub, former Chairman and CEO of Bloomingdales. Alexandra began her career working for 3 years in investment banking at Merrill Lynch.Alexandra holds a B.A. from Harvard College, where she graduated magna cum laude, and an M.B.A. from Harvard Business School.Alexandra is on the Board of Directors of KDC and Corelle Brands (previously World Kitchen, LLC). She was a Board Director of Perry Ellis International (Nasdaq: PERY) from 2014-2017. She has served on the non-profit boards of the National Retail Federation Foundation, Dress for Success Worldwide, the Women’s Forum and Fashion Group International. She is an active fundraiser for her alma maters The Brearley School, Phillips Exeter Academy and Harvard University.Alexandra, together with Gilt co-founder Alexis Maybank, is the author of the New York Times bestselling book By Invitation Only: How We Built Gilt and Changed the Way Millions Shop (Portfolio/Penguin).Alexandra speaks five languages (English, Spanish, Portuguese, French, and Italian). She has studied, lived, and worked internationally in Latin America, Europe, and Japan.Contact a speaker booking agent to check availability on Alexandra Wilkis Wilson and other top speakers and celebrities.