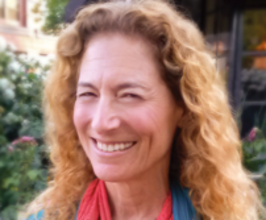 Book Alexia Salvatierra for your event

Rev. Alexia Salvatierra is the author with Dr. Peter Heltzel of “Faith-Rooted Organizing: Mobilizing the Church in Service to the World” (Intervarsity Press) and the founder of the Faith-Rooted Organizing UnNetwork.. She is a Lutheran Pastor with over 35 years of experience in community ministry, including church-based service and community development programs, congregational and community organizing, and legislative advocacy. In addition to coordinating the Welcoming Congregations/Guardian Angels Network for the Southwest California Synod of the ELCA, she currently serves as a consultant (training, facilitating, organizing and leading strategic planning) for a variety of national/international organizations, including World Vision USA/World Vision International/Women of Vision, Intervarsity Christian Fellowship and the Christian Community Development Association. She has been a national leader in the areas of working poverty and immigration for over 20 years, including the co-founding of the national Evangelical Immigration Table (a very broad coalition of evangelical leaders and institutions advocating for immigration reform.).She is adjunct faculty for the Micah Doctorate of Ministry for the New York Theological Seminary, Spanish MDiv and School of Intercultural Studies for Fuller Theological Seminary, Masters in Urban Studies at Eastern University, Maestria at Universidad Teologica de la Iglesia Apostolica, MDiv at the New Theological Seminary of the West, Haiti Partners Interseminary Micah Program, Duke Divinity School Summer Intensive, and has taught at Vanguard and Biola Universities as well as lecturing at a variety of academic institutions, including the University of Southern California and UCLA. From 2000 to 2011, she was the Executive Director of Clergy and Laity United for Economic Justice—beginning as the director of CLUE in Los Angeles and then as the first CLUE-CA director. CLUE-CA is a statewide alliance of organizations of religious leaders who come together to respond to the crisis of working poverty by joining low-wage workers in their struggle for a living wage, health insurance, fair working conditions and a voice in the decisions that affect them. Under Alexia’s leadership, CLUE-CA became known for its young leaders’ project, the New Sanctuary Movement (in which congregations in 37 cities around the country accompanied immigrant workers and their families facing deportation), and the “Our Children” project in Orange County which engages immigrant and non-immigrant evangelical congregations in joint ministry to immigrant youth facing deportation.Before CLUE-CA, Rev. Salvatierra founded multiple programs and organizations, in the US and overseas. These included a gang prevention program for at-risk immigrant youth, a community computer center and an intergenerational community garden where the elderly taught at-risk youth to grow produce for sale as well as a collaborative of UC students, homeless leaders and congregation members providing emergency services in the streets of Santa Cruz and the migrant farmworker camps in Watsonville. She was founding director of the Berkeley Ecumenical Chaplaincy to the Homeless, a program that integrated social services, community organizing, pastoral care, and economic development for the homeless that was replicated in six US cities. In the Philippines, she trained urban poor women in Manila to serve as chaplains to their neighbors. She has been awarded the Changemaker award from the Liberty Hill Foundation, the Stanton Fellowship from the Durfee Foundation, the Amos Award from Sojourners, the Giants of Justice award from CLUE LA and the Prime Mover fellowship from the Hunt Alternatives Fund.Contact a speaker booking agent to check availability on Alexia Salvatierra and other top speakers and celebrities.