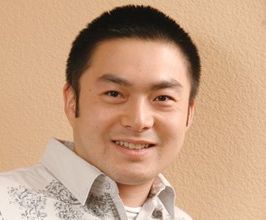 Book Alfred Lin for your event

Alfred is a partner at the venture capital firm, Sequoia Capital. He specializes in consumer internet, enterprise and mobile companies.TechCrunch has stated that Alfred has the “Midas touch”, since every company he’s worked for has been acquired, and the smallest deal was $265 million. Lin’s $265 million deal happened at LinkExchange, which was sold to Microsoft for $265M when he was VP of Finance and Administration. Lin later helped Tellme Networks which was sold to Microsoft for $800 million. After that, Lin helped form Zappos to later be acquired by Amazon for $1.2 billion. Lin has invested in Airbnb, Achievers, Stella & Dot, Houzz, Humble Bundle, Kiwi, Romotive, Moovit, Styleseat, Uber, and Cardpool (acquired by Blackhawk Networks), AppBistro / MMTG Labs (acquired by InMobi), and SalesCrunch (acquired by ClearSlide. Lin was an early investor in Zipline, a medicine drone delivery company with operations in Rwanda.Previously, Alfred was Chairman and COO/CFO at Zappos. He joined Zappos in 2005 and was responsible for all financial, administrative, and warehouse operations. Alfred focused on bringing focus, strategy and financial discipline in order to grow the business efficiently and profitably. Prior to joining Zappos, Alfred served as VP of Finance and Business Development at Tellme Networks, helping grow that business from no revenue to over $120M in recurring revenue per year, 30% cash margins and a $0.5B estimated contracted revenue backlog.In 2013, Forbes named Lin as one of the “30 Most Influential People in Tech.” Lin and his work have been profiled in national publications, including The Wall Street Journal, The New York Times, Harvard Business Review, CNBC, Forbes, BusinessWeek, and Fortune Magazine.Contact a speaker booking agent to check availability on Alfred Lin and other top speakers and celebrities.