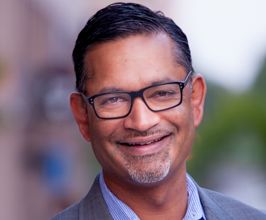 Book Ali Noorani for your event

Ali Noorani is the Executive Director of the National Immigration Forum, an advocacy organization promoting the value of immigrants and immigration. Prior to joining the Forum, Noorani was Executive Director of the Massachusetts Immigrant and Refugee Advocacy Coalition, and has served in leadership roles within public health and environmental organizations. In 2015, Noorani was named a lifetime member of the Council on Foreign Relations.Noorani is a sought-after commentator, and has been interviewed by the New York Times, the Washington Post, the Economist, the Associated Press, and by several other national, regional, and international media. He is also a frequent guest on a range of television and radio shows, including MSNBC, the Lou Dobbs Show, the Bill O’Reilly Show, the Sean Hannity Show, Washington Journal, PBS Newshour, Fusion, NPR (the Diane Rehm Show, On Point, and Marketplace), and is an op-ed contributor to CNN.com, FoxNewsLatino.com, among others. Noorani is a regular guest on local talk radio shows across the country. Ali lives in Washington, D.C. and is the author of There Goes the Neighborhood: How Communities Overcome Prejudice and Meet the Challenge of American Immigration, (Prometheus, April 2017).Contact a speaker booking agent to check availability on Ali Noorani and other top speakers and celebrities.