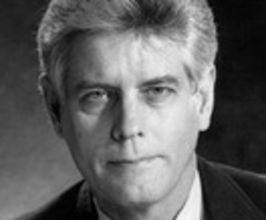 Al Hammond is VP for Innovation and Special Projects for the World Resources Institute, charged with catalyzing and sometimes leading development of new projects, initiatives, and tools. He also directs WRI’s Development Through Enterprise project, which works with foundations, development agencies, and a number of major corporations to further the use of pro-poor business strategies and digital technologies in development. Dr. Hammond has published extensively in the scientific, policy research, and business literature, including recent articles in Foreign Affairs (“Digitally Empowered Development,” March, 2001), the Harvard Business Review (“Serving the World’s Poor, Profitably,” September, 2002), and Foreign Policy (“Selling To the Poor,”, May-June, 2004). His most recent book is Which World?: Scenarios for the the 21st Century, published in 1998.Dr. Hammond holds degrees from Stanford University and Harvard University in engineering and applied mathematics. Prior to joining WRI, he created the Research News section of the international journal Science and went on to found and edit several national publications, including Science 80-86 (published by the American Association for the Advancement of Science), Issues in Science and Technology (published by the National Academy of Science), and the Information Please Environmental Almanac (published by Houghton-Mifflin). In addition, he broadcast a daily radio program for 5 years (syndicated nationally by CBS) and has written or edited 10 books. Dr. Hammond has won several national magazine awards and other journalist honors.Dr. Hammond has published extensively in the scientific and policy research literature; has lectured widely; and has served as a consultant to the White House science office, to several U.S. federal agencies, to the United Nations, and to several private foundations. Among other pursuits, he is a skier and small boat sailor.Contact a speaker booking agent to check availability on Allen L. Hammond and other top speakers and celebrities.