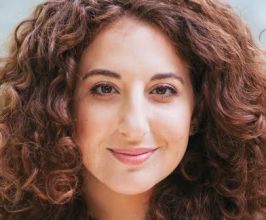 Journalist on The Cannabis Beat

Amanda Chicago Lewis reports and writes stories about cannabis, as it relates to policy, politics, science, economics, culture, criminal justice, and public health.For most of 2020 she worked as a story producer on a documentary about cannabis for MTV. From April 2017 to summer of 2019, she wrote a column for Rolling Stone, covering everything from the best pot party in California to the roadblocks facing tribes in the cannabis business to how much more money the IRS makes by keeping weed illegal. Between January 2015 and October 2016, she was a national reporter at BuzzFeed News, where she sounded an early alarm about the unregulated cannabis concentrates that would later cause the vaping crisis and revealed a pot lobbyist’s unethical gifts to a California senate leader aide.She has also written for GQ, the New York Times, the Wall Street Journal, WIRED, The Verge, California Sunday, Curbed, them, Vice, the LA Review of Books, The Awl, Pop-Up Magazine, and the LA Weekly, where she was a contributor from 2011 to 2014. Lewis has appeared on NPR’s All Things Considered, KCRW’s Good Food, NPR’s 1A, KPCC’s Air Talk with Larry Mantle, and Viceland’s Bong Appetit, among others. In 2017, she presented on a panel at the Investigative Reporters and Editors Conference and started teaching at Yale’s annual THREAD workshop, a non-fiction storytelling program for adults.Contact a speaker booking agent to check availability on Amanda Chicago Lewis and other top speakers and celebrities.