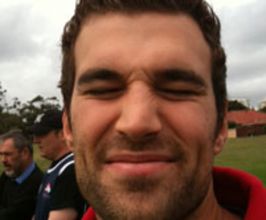 Book Andrew Susman for your event

Immediately prior to founding Studio One Networks, Mr. Susman was the Director of Business Development for Time Inc. New Media. His responsibilities included the oversight and general management of such activities as custom publishing and programming, syndication, distribution, and network development. Prior to becoming Director of Business Development, Mr. Susman was the Marketing Director of Time Inc. New Media. In his capacity as Marketing Director he managed all advertising marketing activities for Time Inc. New Media and built digital brands for major Time Inc. products including TIME, LIFE, People, Money, Fortune, Sports Illustrated, Entertainment Weekly, and others. In early 1996, at Time Inc., Mr. Susman created the first and only dedicated Internet sponsored programming unit in the industry. Since then Mr. Susman’s list of credits has grown to include sponsored programs for over 35 of America’s leading national advertisers such as Ford, Coca-Cola, Merrill Lynch, General Motors, and IBM. In addition, Mr. Susman launched and oversaw Time Inc. New Media Syndication, setting distribution strategy and creating innovative distribution relationships with major distribution partners such as Internet Service Providers, national networks, Regional Bell Operating Companies, search engines and other on-line networks and distribution partners. In April, 1997, this unit announced its first distribution deal with AT&T WorldNet, a leading ISP. Prior to joining Time Inc. New Media, Mr. Susman worked in direct marketing and new business development, most recently for a direct marketing unit of Young & Rubicam whose clients included AT&T, the United States Postal Service and Philip Morris USA. Mr. Susman is on the Board of Directors of the Advertising Educational Foundation.Native of Ladue, MO and Evanston, IL.  Currently resides in New York.Contact a speaker booking agent to check availability on Andrew Susman and other top speakers and celebrities.