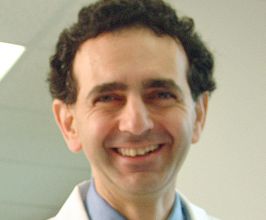 Book Anthony Atala for your event

Anthony Atala, M.D., is the Director of the Wake Forest Institute for Regenerative Medicine, and the W.H. Boyce Professor and Chair of the Department of Urology at Wake Forest University. Dr. Atala is a practicing surgeon and a researcher in the area of regenerative medicine. His current work focuses on growing new human cells, tissues and organs.Dr. Atala works with several journals and serves in various roles, including Editor-in-Chief of Stem Cells- Translational Medicine, Current Stem Cell Research and Therapy, and Therapeutic Advances in Urology; as Associate Editor of Tissue Engineering and Regenerative Medicine, The Journal of Rejuvenation Research, and Gene Therapy and Regulation; as Executive Board Member or Section Editor of the journal Tissue Engineering, International Journal of Artificial Organs, Organogenesis, and Current Urology Reports; and as Editorial Board member of Expert Opinion on Biological Therapy, Biomedical Materials, Journal of Tissue Science and Engineering, the Journal of Urology, Recent Patents on Regenerative Medicine, BioMed Central-Urology, and Urology.Dr. Atala is a recipient of many awards, including the US Congress funded Christopher Columbus Foundation Award, bestowed on a living American who is currently working on a discovery that will significantly affect society, the World Technology Award in Health and Medicine, presented to individuals achieving significant and lasting progress, the Samuel D. Gross Prize, awarded every five years to a national leading surgical researcher by the Philadelphia Academy of Surgery, the Barringer Medal from the American Association of Genitourinary Surgeons for distinguished accomplishments, the Gold Cystoscope award from the American Urological Association for advances in the field, the Ramon Guiteras Award for pioneering research in regenerative medicine and outstanding contributions as a scholar and teacher, the Innovation Award from the Society of Manufacturing Engineers for the creation of synthetic organs, and the Rocovich Gold Medal, awarded to a distinguished scientist who has made a major impact on science toward the understanding of human disease. In 2011 he was elected to the Institute of Medicine of the National Academy of Sciences.Dr. Atala’s work has been described in the lay press. In 2003 he was named by Scientific American as a Medical Treatments Leader of the Year for his contributions to the fields of cell, tissue and organ regeneration. Dr. Atala’s work was listed as Time Magazine’s top 10 medical breakthroughs of the year, and as Discover Magazine’s Number 1 Top Science Story of the Year in the field of medicine in 2007. A Time Magazine poll ranked Dr. Atala as the 56th most influential person of the year in 2007. In 2009 Dr. Atala was featured in U.S. News & World Report as one of 14 Pioneers of Medical Progress in the 21st Century, and his work in 2010 was listed by Smithsonian Magazine as one of “40 things to Know About the Next 40 years.” Dr. Atala’s work was listed in the Huffington Post as one of 18 great ideas of 2011, and in Time Magazine as one of the top 5 medical breakthroughs of the year in 2011.Dr. Atala has led or served several national professional and government committees, including the National Institutes of Health working group on Cells and Developmental Biology, the National Institutes of Health Bioengineering Consortium, and the National Cancer Institute’s Advisory Board. Dr. Atala heads a team of approximately 300 physicians and researchers. Ten applications of technologies developed in Dr. Atala’s laboratory have been used clinically. He is the editor of twelve books, including “Principles of Regenerative Medicine,” “Foundations of Regenerative Medicine,” “Methods of Tissue Engineering,” and “Minimally Invasive Urology.” He has published more than 400 journal articles and has applied for or received over 200 national and international patents.Contact a speaker booking agent to check availability on Anthony Atala and other top speakers and celebrities.