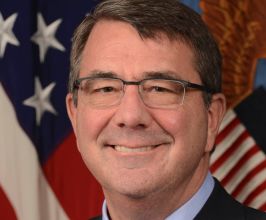 Book Ashton Carter for your event

Ashton B. Carter served as the 25th Secretary of Defense. Carter has spent more than three decades leveraging his knowledge of science and technology, global strategy and policy as well as his deep dedication to the men and women of the Department of Defense to make our nation and the world a safer place. He has done so in direct and indirect service of eleven secretaries of defense in both Democratic and Republican Administrations. Whether in government, academia, or the private sector, Carter has been guided by pragmatism and his belief in the boundless opportunities of the United States and has worked tirelessly to contribute to the ideas, policies, and innovations that assure our global leadership.Carter was Deputy Secretary of Defense from 2011 to 2013, serving as DoD’s chief operating officer, overseeing the department’s annual budget and its over three million civilian and military personnel, steering strategy and budget through the turmoil of sequester and ensuring the future of the force and institutional best practices. From 2009 to 2011, he was Under Secretary of Defense for Acquisition, Technology and Logistics (ATL) with responsibility for DoD’s procurement reform and innovation agenda and successful completion of key procurements like the KC-46 tanker. In this capacity, Carter also led the development and production of thousands of mine-resistant ambush protected (MRAP) vehicles and other rapid acquisitions that saved countless service members’ lives. Determined to get the most for both the warfighters and the taxpayer, Carter instituted “Better Buying Power” for the first time guiding the department acquisition workforce to smarter and leaner purchasing. And from 1993-1996, he served as Assistant Secretary of Defense for International Security Policy, where he was responsible for – among other issues – strategic affairs, nuclear weapons policy, and the Nunn-Lugar program that removed nuclear weapons from Ukraine, Kazakhstan, and Belarus. Carter also served on the Defense Policy Board, the Defense Science Board, and the Secretary of State’s International Security Advisory Board.Outside of his government service, Carter was a distinguished visiting fellow at Stanford University’s Hoover Institution and a lecturer at Stanford’s Freeman Spogli Institute for International Studies. He also was a Senior Executive at the Markle Foundation, helping its Economic Future Initiative advance technology strategies to enable Americans to flourish in a networked global economy. Previously, Carter served as a Senior Partner of Global Technology Partners focused on advising major investment firms in technology, and an advisor on global affairs to Goldman Sachs. At Harvard’s Kennedy School, he was Professor of Science and International Affairs and Chair of the International & Global Affairs faculty. He served on the boards of the MITRE Corporation, Mitretek Systems, and Lincoln Laboratories at the Massachusetts Institute of Technology (M.I.T.) and as a member of the Draper Laboratory Corporation. He was elected a Fellow of the American Academy of Arts and Sciences and is a member of the Council on Foreign Relations and the Aspen Strategy Group.Carter earned his bachelor’s degrees in physics and in medieval history, summa cum laude, at Yale University, where he was also awarded Phi Beta Kappa; and he received his doctorate in theoretical physics from Oxford University, where he was a Rhodes Scholar. He was a physics instructor at Oxford, a postdoctoral fellow at Rockefeller University and M.I.T., and an experimental research associate at Brookhaven and Fermilab National Laboratories.For his government service, Carter has been awarded the Department of Defense Distinguished Service Medal, DoD’s highest, on five separate occasions. He received the Defense Intelligence Medal for his contributions to intelligence and the Joint Distinguished Service Medal from the Chairman and Joint Chiefs of Staff.Carter is author or co-author of 11 books and more than 100 articles on physics, technology, national security, and management.Contact a speaker booking agent to check availability on Ashton Carter and other top speakers and celebrities.