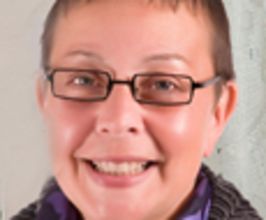 Barbara Krasner is an award-winning author of more than 100 articles for the adult market.

The International Review of Jewish Genealogy, B’nai B’rith International Jewish Monthly, Dorot, Family Chronicle, Family Tree, Genealogical Computing, Generations, German Life, Heritage Quest, Russian Life, Writer’s Digest, The Writer, and several newspapers since August 1998. She serves as Contributing Editor to Family Chronicle and Heritage Quest Magazine.Her first book, Images of America: Kearny, New Jersey, was published by Arcadia in February 2000. Her second book, Discovering Your Jewish Ancestors, was published by Heritage Quest in June 2001. Krasner also authored the chapter “Decoding Genetics: Your Family’s Health History” for Celebrating the Family: The MyFamily.com Guide to Understanding Your Family History, published by Michael Friedman Publishing Group, 2002. Her third book, Images of America: Kearny’s Immigrant Heritage debuted in November 2003. A new book to help Kearny’s public library celebrate its 100th anniversary, The Kearny Public Library and Its Town: A Pictorial History, appears in June 2007.A January 2006 graduate of the Master of Fine Arts in Writing for Children and Young Adults program at Vermont College, Krasner is also a frequent contributor to children’s magazines focusing on Judaica, history and science, including Appleseeds, BabagaNewz, Calliope, Cobblestone, Footsteps, Highlights for Children, and Odyssey. She leads an annual article writing workshop at the Highlights Foundation in Pennsylvania. She is currently working on a young adult novel chronicling the Jewish immigrant experience in Newark, New Jersey and a biography for young readers. She frequently lectures at Kearny area schools about the town’s history.Krasner has worked in the publishing and communications industries for more than twenty-five years. She is a Phi Beta Kappa graduate of Rutgers University’s Douglass College, where she earned her B.A. in German. An award-winning Toastmaster, she also holds an M.B.A. in Marketing from Rutgers University and is currently Director, Customer Advocacy Marketing at Alcatel-Lucent.Contact a speaker booking agent to check availability on Barbara D. Krasner and other top speakers and celebrities.