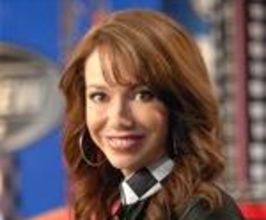 Book Barbara Terry for your event

Barbara Terry is one of the most sought-after Auto Experts, Columnists, Producers, Show Hosts, Authors and Off Road Racers in Television, Print and Radio. She is a marketing, media, product integration and PR expert and has over 15 years in business ownership and management experience.She has appeared on the cover of Kiplinger’s Magazine, has been featured in over 100 publications and has made more than 2000 Television and Radio appearances since 2006 such as: Fox Sports, The CBS Early Show, Inside Edition, NBC, ABC, FOX, CBS, The Tony Danza Show, CNN, Maxim Radio, Oprah Radio, ESPN Radio, ivillage, SPEEDtv.com among a long list of others.She wrote a weekly auto advice column for The Houston Chronicle for 6 years, has written for Examiner.com, First30Days.com, motorolaroadtrips.com, Men’s Fitness Magazine, New York Daily News and wrote a chapter in “The Experts Guide”.Since 2006 Terry has served as the Spokesperson/Representative/Host for numerous companies such as Ford Motor Company, eBay Motors, General Motors, Goodyear, Pennzoil, Sylvania, Quaker State, Fix A Flat, FRAM, Prestone, Gillette, Volkswagen, Shell Oil, Liquid Wrench, Gunk, RainX, Duracell, GPS Protected, American Airlines, General Tire & Turtle Wax.Terry has served as Television & Internet host for Turtle Wax, About.com, US Auto Parts, AutoMD.com and Gillette. Terry has also hosted live events for American Airlines, Volkswagen, Goodyear and was Emcee for GM Style Dubai Event in Dubai for General Motors.Terry owns and operates her own off road race team “Barbara Terry Racing” where her and her team participate in Off Road Races. She solidifies all sponsorship funds and media.She is the author of a hit book that hit book stores in August 2010 that features 40 Celebrity Athletes and their amazing car history… “How Athletes Roll.”Terry has interviewed hundreds of A-list celebrities and professional athletes such as Sugar Ray Leonard, Rusty Wallace, Arnold Palmer, Michael Strahan and Richard Marx to list a few.October 2013: Terry signs to host a reality series to air on The Hallmark Channel, On Demand and hundreds of affiliates worldwide. “The Driving Force.”Terry announces her new “Automotive Minutes” syndicated Television series. These segments will start airing in the winter of 2015 and are produced & hosted by Barbara.January 2014: Terry launches her own publishing company “Waldorf Publishing” and released the first book “Kenny’s Garage” that is authored by her and NASCAR legend Kenny Wallace. A portion of the proceeds will go to The Greg Biffle Foundation for Animals. You can follow the progress of Waldorf Publishing at: www.WaldorfPublishing.comContact a speaker booking agent to check availability on Barbara Terry and other top speakers and celebrities.