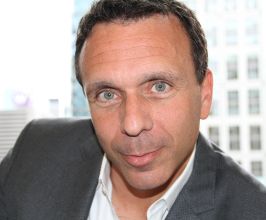 Book Ben Chodor for your event

BEN CHODOR Entrepreneur – Executive – Communicator – Technologist – Digital Health – Digital Media ExpertBen joined Sherpa Digital Media as an Investor, Board Member and C0-CEO of Sherpa’s West Coast and East Coast Professional Services division and Studio operation’s. Ben brings over 25 years of experience as a global leader in the world of on-line video and production.He was most recently, Co-Founder & Ceo of Happtique of mobile health start-up & Founder of Stream57 a leading corporate streaming media company, and former Global head of Streaming & Virtual Events at InterCall, Ben Chodor was the tireless driving force behind the innovative streaming media & virtual events team. Ben has spent his career pioneering online communications through interactive and streaming content, and founded Stream57 on his wealth of experience merging the healthcare, financial services, streaming & technology fields. After selling his company to the InterCall/West corporation in December 2009, Ben was leading the development arm of streaming media, online technologies and virtual meetings space with his energetic and incomparable passion for technology, he was truly creating the future of interactive streaming & virtual communications. He was the driving force in acquiring Unisfair a leading Virtual Event company. His goal was to integrate Intercalls best of breed streaming technology with Unisfairs technology to create the best and largest Virtual & Streaming Media Events organization in the world.Ben joined Happtique as it’s CEO & Co-Founder and believes that mHealth is a key to the future of Healthcare and Happtique had positioned itself as the true game changer, in the efforts to connect providers, patients and technology. Ben is also a highly sought after mHealth, Technology & Digital Media, speaker and moderator, Ben has presented at major conferences around the country and has had the honor of testifying before the United States Congress.Ben also hosted mHealth Zone Live, (www.mhealthzone.com) a weekly radio show that showcases the latest on mHealth apps and technology. Launched in 2012, mHealth Zone Live has had over one million listeners and was a top 300 show on Blogtalkradio. As well, Ben is very proud to serve as a mentor for Blueprint, a startup accelerator based in NYC, and as an advisor to several healthcare and digital media companies and start-up’s. He is also a co-founder & investor in Clopsi a company that is about doing more with your photo’s, in the Consumer, Enterprise and Healthcare space. He is also an Advisor to VoiceBase, Quality Reviews and a Board Member to Electric Slide. He also is a contributing writer @ Entrepreneur Magazine.He splits his time living in New Jersey & New York City with his wife, Julie, and their twins, Rachel and Zachary. Ben is avid reader and fitness & yoga nut, who wakes up most morning about 4am in order to check emails and get his workout in before his day begins.Contact a speaker booking agent to check availability on Ben Chodor and other top speakers and celebrities.