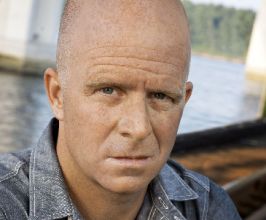 Ben Coes is a best-selling American author of international political thriller and espionage novels. He lives with his wife and four children in Wellesley, Massachusetts.

Book Ben Coes for your event

Coes’s novels feature Dewey Andreas, a former member of U.S. Special Forces 1st SFOD-D, also known as Delta Force. Coes has called his books “reality-based,” drawing upon his early career at the White House and in finance. Coes has credited his godfather, a former member of the U.S. Navy SEALs, with influencing the often violent, brutally realistic plots of his novelsCoes started his career as a White House intern under President Ronald Reagan, and then served as the White House-appointed speechwriter for former U.S. Secretary of Energy James D. Watkins under President George H.W. Bush. He also wrote speeches for T. Boone Pickens and was campaign manager for Mitt Romneys 2002 run for governor of Massachusetts. He is a managing partner at The Mustang Group, a private equity firm, which has invested in a number of companies, including Cascade Lacrosse, Vermont Teddy Bear, Scribe Software, Mr. Youth, CrowdTap, Country Club Enterprises, Net Direct Merchants, and SOG Specialty Knives, and is a former fellow of the Harvard University Institute of Politics.Power Down, Ben Coes’ debut novel, stars Dewey Andreas, who faces terrorists trying to destroy America by attacking its energy resources. His second novel, Coup d’tat, is a sequel to Power Down. Pakistan drops a nuclear bomb on India, and Dewey Andreas must stop the situation from escalating. Coes’s third novel, The Last Refuge, features a joint covert U.S.-Israel paramilitary operation to penetrate Iran and stop the country from detonating a nuclear device inside Tel Aviv. The fourth installment in the series, Eye For An Eye, involves a clandestine confrontation between China and the United States, in which Andreas infiltrates the People’s Republic of China in order to take revenge for the death of his fianc.Contact a speaker booking agent to check availability on Ben Coes and other top speakers and celebrities.