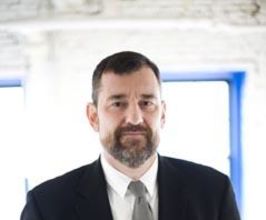 Book Bill Arning for your event

Prior to his nine-year tenure at MIT, Arning worked as a freelance writer and independent curator. He was the director and chief curator of White Columns Alternative Art Space in New York from 1985-1996.Arning said his initial strategy at CAMH will be to explore “its niche within the larger art ecology of Houston,” much as he did in the Boston area when joined MIT in 2000.“Boston is not unlike Houston in terms of the amount of contemporary-art institutions and what they do within the city,” he said, adding that after examining “how the needs of an art fancier or art fan were being met … we did the job that was not getting done.”Within a few years of his arrival, Boston Magazine had dubbed Arning a “cowboy curator of cutting-edge, contemporary art” who “surfaces at experimental happenings and rock shows, bridging the gap between the buttoned-up museum men and the sneaker-shod independents.”Edgy List exhibits included Sensorium, a two-part show co-curated by Arning, which highlighted art that crosses sensory boundaries. One piece by Berlin-based Norwegian artist Sissel Tolaas featured gallery walls coated with synthetic replications of sweat from 15 men’s armpits. Startled visitors often found themselves wondering if they’d forgotten to use deodorant, Arning told the Kansas City Star in 2006.Houstonians may be more familiar with Arning’s work as co-curator of Chantal Akerman: Moving through Time and Space, which appeared at Blaffer Gallery in 2008, and curator of Blaffer’s 2004 Houston Area Exhibition. Those experiences gave him a leg up on learning Houston’s art scene, he said.Inman Gallery owner Kerry Inman hailed Arning’s appointment as “a really bold move by the CAMH board” that will “raise Houston’s profile” and “help CAMH focus on its core mission.”“They could have picked someone who’s more of an administrator, but they picked someone with a very strong record in contemporary-art curation,” she said. “I think it’s reiterating what’s supposed to be CAMH’s strength and getting them focused on being the leading contemporary-arts venue in town, if not in the state,” she said.The 10-month search, conducted with the assistance of New York search firm Phillips Oppenheim, was preceded by months of deliberation that included two board retreats, “not just to talk about the director position, but the direction of the museum,” Smith said.Amid questions about whether CAMH should start collecting art in addition to exhibiting it, the board’s soul-searching led to the decision to remain a contemporary art kunsthalle, he said.Board members also decided to keep CAMH’s 1972 Gunnar Birkerts-designed building at the corner of Montrose and Bissonnet rather than look for a new location, Smith said.Arning, who takes over from interim director Linda Shearer on April 6, said running a museum during an economic downturn will be “scary, but it’s also part of how I understand the sacred responsibility of the director. Steering an institution through times of financial hardship is where the role of the director is most crucial.”Hard economic times have often sparked new developments in art, he said, adding that he welcomes the challenge of keeping “things creative and exciting when you’re not able to throw money at things.”For now, Arning, a native New Yorker who co-founded the late-1970s punk band Student Teachers when he was 16, has to focus on passing a test most Houstonians — museum directors or not — aced when they were that age.“I don’t currently have a driver’s license, because I went from New York to Boston, so I have to start studying to do that,” he said. “I’ve never lived in a driving city before. It’s going to be absolutely fascinating. Cars just aren’t something I think about.”Contact a speaker booking agent to check availability on Bill Arning and other top speakers and celebrities.