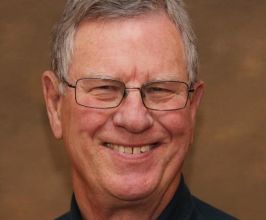 Book Bill Lee for your event

Bill Lee is a business consultant and professional speaker who targets manufacturers, distributors and dealers in the lumber and building supply industry. Bill is the president of Lee Resources, Inc., a consulting and training firm that works with owners and general managers who want to earn optimal bottom line profits and with salespeople who want to increase their sales and improve their gross margin.In 2003, Bill published his first book, Gross Margin: 26 Factors Affecting Your Bottom Line. His second book, 30 Ways Managers Shoot Themselves in the Foot, was released in 2005.Bill is also a columnist for LBJ Journal, a US publication and Centre Magazine, a Canadian publication. Each month, Bill’s ezine articles are read by thousands of managers and salespeople.Since 1987, as a speaker, trainer and consultant, Bill has worked with over 300 companies and with over 30,000 owners, general managers and salespeople to grow their business and improve profitability.After graduating from Emory University in Atlanta, Bill joined New York-based GAF Corporation where he became the youngest sales manager in that company’s history. In 1969, Bill became a part-owner in the startup organization, Builder Marts of America, Inc. (BMA). By 1986, Bill’s last full year with BMA, he and his partners had grown BMA from a startup to over $640 million in sales.In 1987, Bill sold his interest in BMA and founded Lee Resources, Inc. In 1993, Bill earned the designation, CSP (Certified Speaking Professional) from the National Speakers Association. He is also a charter member of Master Speakers International.Today, Bill is a highly sought-after speaker, trainer and business consultant who sees too many of his clients earning 6% to 8% profit margin before taxes not to believe all businesses can achieve an optimal bottom line.One of the best received segments in Bill’s presentations is the module on Benchmarks and Productivity Indexes. “Achieve these benchmarks and optimal profitability automatically follows,” says Lee.Contact a speaker booking agent to check availability on Bill Lee and other top speakers and celebrities.