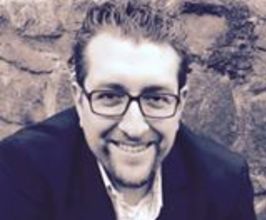 Faith and Culture Editor — The Blaze

Book Billy Hallowell for your event

Through journalism, media, public speaking appearances and the blogosphere, Billy Hallowell has worked as a journalist and commentator for more than a decade. He has been published and featured in political and cultural books, textbooks, articles and Web sites that focus on the youth of America and its role in the future of our world.Currently, Hallowell contributes to Human Events, The Daily Caller, Mediaite, and The Huffington Post, among other new media outlets. He is a regular on FOXNews.com LIVE as well.From 2008 until 2009, Hallowell served as the director of content and Chief Executive Officer of VoterWatch, a non-partisan non-profit that focused on issues pertaining to U.S. government transparency. During this time, he was the founder of the 2008 Presidential Debates Project, featuring Dick Morris, Sophia Nelson, The Heritage Foundation, Public Agenda and other prominent political figures and organizations. Additionally, he joined Lawrence Lessig’s Open Debates Coalition to urge both presidential campaigns to make the 2008 debates more open and engaging.Also, during the 2008 election cycle, Hallowell joined co-host Stephen Nichols (MTV’s Real World) for “Static News,” a weekly political radio show. Subsequently, Hallowell’s experience on Election Day was recorded for the documentary “American Reality” (from the producers of Control Room).Billy Hallowell’s career in journalism and commentary began at an early age. Following the Columbine shooting in 1999, the then 15-year-old launched Teen Web Online, a web site intended to address violence, discrimination and other social issues facing America’s young generation.“At the time, I was so stunned. I founded Teen Web as an outlet for my generation to get relevant information, while becoming empowered to make change in local communities.”In 2002, Hallowell founded the Columbine Survivor Project and Peace Project. The latter became an annual event at The College of Mount Saint Vincent in Riverdale, NYC, where Hallowell joined co-hosts Miss USA, Miss Teen USA and Lori Beth Denberg, among others, to present a day-long inspirational event to high school and college students in the New York City area. During the same year, he founded Pathufind Media, an ongoing project that subcontracts affordable speakers to colleges and community groups.In 2002, Teen Web Online received an endorsement from MTV’s John Norris. Through a contact at the network, Hallowell was offered a bi-weekly column on SHiNE.com, a non-profit and media outlet for American youths. This then led to a print and online column with Positive Teens Magazine in 2003. Also in 2003, Hallowell was selected to represent the United States at the World Bank’s conference on youth development in Paris, France.Following this experience, he was honored by the International Youth Foundation with the YouthAction Net Fellowship. On the educational front, he was a Rhodes Scholar nominee in 2006 and the recipient of the prestigious Clark Fellowship during the same year. In addition to these honors, Hallowell has received a number of journalism and community awards for his work.Other past outlets he has written for and/or been interviewed in/on: Big Government, Big Hollywood, Big Journalism, FrontPage Magazine, The Democrat & Chronicle, COSMO Girl Magazine, NY Teen, Teenage Buzz Magazine, Positive Teens Magazine, SNAP, Many Voices, Many Visions, NBC’s “The John Walsh Show” and Radio Disney, among other outlets.Billy Hallowell was educated the College of Mount Saint Vincent in Riverdale, New York, and graduated with a B.A. in communications, with concentrations in broadcasting, corporate and journalism, and a minor in writing. In June 2008, Billy completed his M.S. in social research from Hunter College in Manhattan, New York.Contact a speaker booking agent to check availability on Billy Hallowell and other top speakers and celebrities.