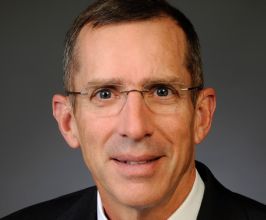 Brett Williams is a co-founder and the Chief Operating Officer at IronNet Cybersecurity. IronNet delivers the power of collective cybersecurity to defend companies, sectors and nations. Their advanced cyber detection solution leverages behavioral analytics, artificial intelligence and machine learning to protect against the most advanced threats. As COO, Brett supports strategic planning, business performance management, leader development and thought leadership in support of marketing and sales.During his time as an Air Force General Officer, Brett served in four senior executive leadership positions. As the Director of Operations (J3) at U.S. Cyber Command, he led a team of 400 people responsible for the global operations and defense of all DOD networks as well as the planning and execution of authorized offensive operations. Prior to this position, he served as Director of Operations (A3O), U.S. Air Force, where he led the largest Air Staff directorate consisting of more than 1300 Airmen and civilians stationed world-wide. In this role, he developed and justified the operations component of the annual $120B Air Force budget. General Williams also served as the Director of Communications (J6) for U.S. Pacific Command. His 150-person directorate executed an annual budget of $57M and was responsible for the design, implementation and operation of all command and control networks supporting DOD’s largest geographic warfighting command. Finally, as the Inspector General for Air Combat Command, he led the inspection, audit and compliance process for all U.S based combat flying organizations.Operationally, General Williams led a variety of large, complex organizations ranging in size from 300 to over 9000 personnel. In his most significant leadership position as 18th Wing Commander in Okinawa, Japan, he led the largest combat wing in the Air Force. General Williams was responsible for relationships with Japanese political and business leaders in a highly volatile community environment. He executed an annual budget in excess of $100M to support a community of over 25,000 U.S. service members, their families and Japanese employees. In this significant leadership role, he delivered success across a wide variety of mission areas to include aircraft operations, aircraft maintenance, logistics, civil engineering, security and policing, community support, human resources, financial management and medical services. Brett is an F-15C fighter pilot with over 28 years of flying experience, including more than 100 combat missions.Brett is a highly regarded keynote speaker, leadership coach, and cybersecurity expert. He has appeared several times on national television, testified before the Senate Armed Services Committee and is a sought-after subject matter expert. Brett has served as a faculty member with the National Association of Corporate Directors Board Advisory Services as well as a guest professor at Duke University. He has served on the Defense Science Board and on a variety of corporate advisory boards. Brett holds a BS in Computer Science from Duke University and three graduate degrees in management and national security studies.Contact a speaker booking agent to check availability on Brett T. Williams, Major General USAF (Ret.) and other top speakers and celebrities.