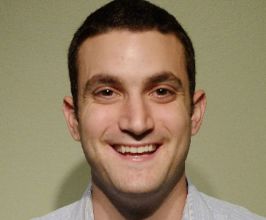 Education, Fundraising and Innovation Expert; Founder of the 9th Ward Field of Dreams; Director of Entrepreneurial Investments at 4.0 Schools; CEO at Dinner Lab

Book Brian Bordainick for your event

At only 28 years old, Brian Bordainick is a bona fide serial entrepreneur. In the summer of 2007, while working for Teach for America, Brian traveled to New Orleans expecting to join the faculty at a local high school. What he found on his first day of work was a parking lot full of FEMA trailers and the flooded skeleton of what was once the high school. With trailers for classrooms, no money, no supplies, too few desks and no experience, Brian rose to the occasion and became both a full time teacher and the athletic director at G. W. Carver High School in the 9th Ward. He was the youngest athletic director in the history of the city. With few resources and against unimaginable odds, Brian was able to resurrect Carver’s once-renowned athletic program in a community where only approximately 37 percent of the residents have returned since Hurricane Katrina.Plagued by the extreme violence in the city and bolstered by the support of the Carver community, Brian founded the 9th Ward Field of Dreams in order to support the construction of a state-of-the-art football field and track on Carver’s campus in an effort to provide after school activities and combat the alarmingly high crime rates. At the time, New Orleans’ murder rate exceeded that of Chicago’s, a city with roughly 15-times the inhabitants. In just two short years, the organization achieved the impossible and reached its goal of raising $1.85 million in funding for the facility. They broke ground in the fall of 2012. By constructing this extraordinary facility, not only will the community feel a sense of empowerment, but it will contribute to the health and wellness of students, lower crime rates by providing after school activities and send a much needed message to the students—that despite the great setbacks they have faced, they still matter.Widely recognized as one of New Orleans’ highest achieving young entrepreneurs after his work with the 9th Ward, Brian was recruited to work as the “Entrepreneur in Residence” for The Idea Village, a New Orleans based 501(c)(3) nonprofit organization whose mission is to identify, support, and retain entrepreneurial talent in New Orleans. Following his successful participation with the group, Brian worked for the Mayor of New Orleans to help transition 102 employees out of the Recreation Department and into a newly developed public/private partnership. He then piloted an education entrepreneurship program in partnership with 4.0 Schools, Teach For America, and the Idea Village. In the span of the six month pilot, over 50 TFA corps members and alumni received entrepreneurial training, 12 of which launched new ventures. It wasn’t long before he was recruited by 4.0 Schools, an incubator dedicated to EdTech and tech-focused educational businesses.4.0 Schools provides resources and training to help individuals launch schools and education-related businesses in Louisiana and the wider Southeastern U.S., and has been an incredible asset for many who feel they have great ideas but lack the funding and resources to turn them into a serious business. Over the past few years, the incubator has spawned two new EdTech companies: Kinobi and Classroom Blueprint. In conjunction with 4.0 Schools, Brian is encouraging a different dialogue in education in order to source new, innovative (and alternative) learning strategies designed for the technologically-laden 21st century—many of which are kinesthetically focused. As the Director of Entrepreneurial Investments, Brian scours the country in search of people developing cutting edge educational ideas, and provides them with early stage coaching and investment capital.Brian recently started a new venture called Dinner Lab, which seeks to create a new dining experience that curates once in a lifetime dinner parties with up-and-coming chefs from around New Orleans, as a way to experiment with food and build community. As Brian described in a recent Forbes interview, “There are so many talented chefs in the city who don’t have the platform to serve the type of food they were trained to create…We want to introduce them to people in the city who care about experimenting with their meals and trying new foods.”Brian has been featured on “Anderson Cooper 360,” ESPN, “The Today Show,” CBS News and has spoken at TEDxGoldenGateED, The Feast Social Innovation Conference, and various Universities throughout the country. He was recently listed as one of the “30 Under 30: Education” list for Forbes.Contact a speaker booking agent to check availability on Brian Bordainick and other top speakers and celebrities.