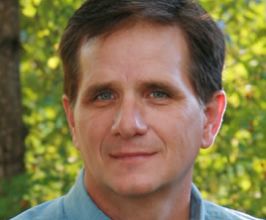 Book Bruce Vincent for your event

In 1984, after completing college, Bruce moved his family back to Libby, Montana and joined Vincent Logging as business manager. Vincent Logging, a small family owned business, was started by Bruce’s father in 1968. Bruce is a third generation logger.In 1988, Bruce helped form Communities For A Great Northwest, a non-profit education and information group dedicated to the intelligent use of our natural resources. The group has members though out the Northwest. The Great Northwest Log Haul, which helped focus national attention on resource supply problems in the Northwest, was the first of many of the group’s activities.Bruce is currently serving as President of Communities For A Great Northwest; is a partner in the public relations firm ENVIRONOMICS, serves as Executive Director of the Preserve America Presidential Award winning Provider Pals™ cultural exchange program, serves on the board of the Evergreen Foundation, the board of the Pacific Logging Congress, and serves on the Kootenai Forest Resource Advisory Committee, the Cabinet/Yaak Grizzly Bear Community Involvement Team, and the State of Montana’s Thompson Chain of Lakes Citizen Management Council.He speaks throughout the United States and the world to groups including resource, recreation, banking and business associations, legislative bodies and anyone else who would like to hear about our rural cultures. Bruce is a highlighted national university campus speaker for the Young America Foundation.Bruce often provides testimony on resource issues before Congress. He has been reported on by Outside, Wheat Life, Range, Tree Farmer, Time and Audubon magazines, The Wall Street Journal, New York Times, San Francisco Chronicle, Los Angeles Times, Washington Post and other periodicals. Bruce has appeared on “60 Minutes” and participated in radio shows, documentary videos and news broadcasts throughout the nation and in several countries including Canada, Iceland, Scotland, Australia. Bruce has appeared on the cover of Evergreen Magazine and was a highlighted “hero” in William Perry Pendley’s book It Takes A Hero.During Bruce’s career he has been awarded the national Timber Industry Activist of the year, the Montana Timberman of the Year, the Sylvan Award for service to the national timber industry, the Public Service Award from the Association of Consulting Foresters of America, is this years Women in Agricultures “Keeper of the Tenth” award winner, received the Agri-Women’s 2007 Veritas Award Winner, and has been inducted into the Libby High School Hall of Fame.Bruce holds a Bachelor of Science in Civil Engineering and a Masters in Business Administration from Gonzaga University in Spokane, Washington. Bruce has been married to his wife Patti Jo for 35 years and has four children, two sons-in-law, one daughter-in-law, and five grandchildren: Chas, 34; Daughter-In-Law Michelle – Addyson, 5, Madison, 4; Echo Jo, 31; Son-In-Law Justin – Lute, 2; Lacie, 28; Son-In-Law Cory – Capri, 1; Vance, 25 – Berklie, 6 months.Bruce’s family settled in Montana in 1904. His current activities represent a family commitment to responsible environmentalism.Contact a speaker booking agent to check availability on Bruce Vincent and other top speakers and celebrities.