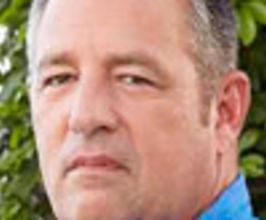 Book Buddy Levy for your event

Writer, educator, public speaker, and entertainer Buddy Levy is a co-star of the new hit television series Brad Meltzer’s Decoded on The History Channel.As a writer Levy is the author of River of Darkness: Francisco Orellana’s Legendary Voyage of Death and Discovery Down the Amazon (Bantam Dell, 2011). His other books include Conquistador: Hernan Cortes, King Montezuma, and the Last Stand of the Aztecs (Bantam Dell, 2008), which was a finalist for the 2009 Pacific Northwest Booksellers Association Award, and nominated for the 2009 Before Columbus Foundation American Book Award and the 2009 PEN Center USA Award; American Legend: The Real-Life Adventures of David Crockett (Putnam, 2005, Berkley Books, 2006); and Echoes on Rimrock: In Pursuit of the Chukar Partridge (Pruett, 1998).As a freelance journalist he has covered adventure sports and lifestyle/travel subjects around the world, including several eco-challenges and other adventure expeditions in Argentina, Borneo, Europe, Greenland, Morocco, and the Philippines. His magazine articles and essays have appeared in Backpacker, Big Sky Journal, Couloir, Discover, High Desert Journal, Poets & Writers, River Teeth, Ski, Trail Runner, Utne Reader, TV Guide, and VIA. He is clinical associate professor of English at Washington State University.Contact a speaker booking agent to check availability on Buddy Levy and other top speakers and celebrities.