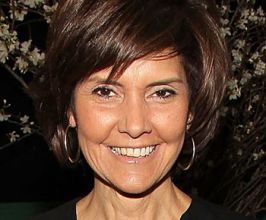 Book Capricia Marshall for your event

As chief of protocol of the United States, bearing the rank of ambassador, from 2009 until 2013, Capricia Penavic Marshall was the United States’ lead representative in setting the stage for successful diplomatic engagement with other nations at the highest levels.In her post, Ms. Marshall, a passionate advocate for global engagement, worked to leverage US relationships with foreign governments. She reinvented modern protocol by building relationships between industry leaders in the United States and economies worldwide and created strategies to transform global engagement.Charged with forging and managing relationships with countries around the world, Ms. Marshall’s hand was the first extended to welcome presidents, prime ministers, ruling monarchs, and other foreign dignitaries to the United States on behalf of the president and secretary of state. From arrival to departure during six state and official visits, and countless working visits, she managed the details of diplomacy and ensured that the treatment and care of foreign delegations supported the foreign policy objectives of the administration.Ms. Marshall carried out similar responsibilities for international summits hosted by President Obama. For the G20, Nuclear Security, APEC, G8, NATO, and Sunnylands Summits, she worked with counterparts from nearly 200 countries, designing and executing a welcoming, inviting environment that was respectful of each delegations’ cultural customs and preferences and emphasized the message and goals of the United States.Moving beyond traditional methods of engagement, Ms. Marshall used her background as a first generation American of Mexican and Croatian descent to foster international goodwill and cultivate relationships. Utilizing traditional tools of diplomacy, and new and innovative methods of communication and conversation, with a focus on the nexus of business, culture, and foreign policy, Ms. Marshall launched a new division in the protocol office, diplomatic partnerships.Through programming under this division she introduced the foreign diplomatic corps to business, government, and community leaders across America, creating sustained, mutually beneficial partnerships. A few examples of relationships coming out of this program include: the Gabonese Republic and Warner Bros, Trinidad and Tobago and the New Orleans Jazz Festival, Caribbean countries and the Alaskan fishing and shipping industry.Building on the concept of smart diplomacy, Ms. Marshall utilized new and forgotten tools to enhance diplomacy engagement. With a focus on showcasing the best of America, Ms. Marshall created the Diplomacy Culinary Partnership to elevate the role of culinary engagement in America’s formal and public diplomacy efforts.A passionate advocate for the preservation of American history, Ms. Marshall worked with others at State to launch The Patrons of Diplomacy, a successful initiative that raised $20.1 million to create the first permanent endowment to preserve and protect the Diplomatic Reception Rooms and historic collections. The endowment includes funds for important conservation, educational programs, and cultural outreach.Contact a speaker booking agent to check availability on Capricia Marshall and other top speakers and celebrities.