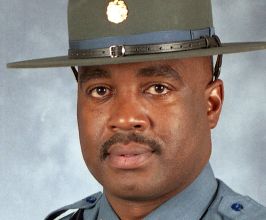 On August 14, 2014, five days after the fatal shooting of Michael Brown ignited race riots throughout the city of Ferguson, Missouri, the nation found an unlikely hero in Captain Ron Johnson of the Missouri Highway Patrol. Charged with the Herculean task of restoring peace between a hostile African American community and the local police, Johnson, a 30-year law enforcement veteran and an African American, did the unthinkable; he took off his bullet-proof vest and joined the protesters.In the early days of the events unfolding in Ferguson, Missouri, Captain Johnson’s leadership was on display while the whole world was watching. He elected to use his moral compass of empathy, compassion and selflessness to serve as the calming, unifying force amidst a rapidly deteriorating situation in Ferguson, Missouri. We call that, WORTHY LEADERSHIP™.In 2018, Captain Johnson founded Lodestone Solution Group, LLC. Lodestone’s Mission is to develop and inspire leaders to use a moral compass of empathy, compassion and selflessness to discover personal and sustainable strength in leading others confidently, even if the whole world is watching.Captain Johnson adds to his list of accomplishments “Published Author.” On August 7, 2018 Captain Johnson’s Memoir “13 Days in Ferguson” was released. In the book 13 Days in Ferguson, he shares his view of what happened during the thirteen turbulent days he spent stabilizing the city of Ferguson. The 13 days and nights were the most trying of Johnson’s life—professionally, emotionally, and spiritually.Captain Ronald S. Johnson joined the Missouri State Highway Patrol on July 1, 1987. After graduation, he was assigned to Troop C St. Louis. In 1995, he was promoted to corporal and designated assistant zone commander. In 1997, he was promoted to sergeant and designated zone commander. In October 1999, Captain Johnson was promoted to lieutenant and transferred to Troop A, Lee’s Summit. In 2002, he was promoted to captain and returned to Troop C as commanding officer. In 2017, Captain Johnson was designated as Director of the Highway Patrol’s newly created Office of Community Engagement and Outreach.Captain Johnson was born and raised in St. Louis, Missouri. He holds a criminal justice degree, is a graduate of Northwestern University Traffic Institute of Police Staff and Command, and a 2014 graduate of the National Federal Bureau of Investigation Academy. He is certified in police instruction and the development/implementation of Assessment Center exercises formatted for command level staff officers. He serves on various committees within the Patrol and Community. On August 14, 2014, Governor Jay Nixon appointed Captain Johnson to lead protest security in Ferguson, Missouri, following the fatal police shooting of Michael Brown, Jr.Captain Johnson had received numerous awards and recognitions for his Service.Captain Johnson and his wife Lori have been married for thirty years and have two adult children.Contact a speaker booking agent to check availability on Captain Ron Johnson and other top speakers and celebrities.