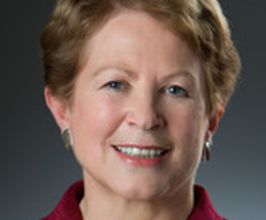 Former President of the Association of American Colleges and Universities

Carol Geary Schneider is president emerita of the Association of American Colleges and Universities. With nearly 1,400 member institutions, half public and half private, with members drawn from the entire higher education community, large, small, two-year, four-year, selective and open admissions, AAC&U is the leading national organization devoted to advancing and strengthening undergraduate liberal education.Under her leadership, AAC&U launched Liberal Education and America’s Promise (LEAP), a public advocacy and campus action initiative designed to engage students and the public with what really matters in a college education for the twenty-first century. The LEAP campaign builds on AAC&U’s major effort, Greater Expectations: The Commitment to Quality as a Nation Goes to College, a multi-year initiative designed to articulate the aims of a twenty-first century liberal education and to identify comprehensive, innovative models that improve learning for all undergraduate students. Additionally, under her leadership, AAC&U has become widely recognized as both a voice and force for strengthening the quality of student learning in college for all students and especially those historically underserved in U.S. higher education. AAC&U is working with hundreds of colleges and universities and numerous state systems to expand the benefits of liberal education across the entire curriculum, through new integration between the core outlines of liberal education and student learning in their major fields.While a vice president at AAC&U in the 1990’s, Dr. Schneider headed a major initiative at AAC&U on higher education and U.S. pluralism, American Commitments: Diversity, Democracy and Liberal Learning. Dr. Schneider has published extensively on all the major areas of her educational work and has taught at the University of Chicago, DePaul University, Chicago State University and Boston University.Dr. Schneider is a graduate of Mount Holyoke College with a bachelor’s degree in history (Magna Cum Laude, Phi Beta Kappa). She studied at the University of London’s Institute for Historical Research and earned the Ph.D. in history from Harvard University. She also has received fourteen honorary degrees, was the 2011 recipient of the ACPA’s Contribution to Higher Education Award, the 2013 recipient of the NAC&U Ernest L. Boyer Award, the 2014 recipient of the University of Pennsylvania’s Zemsky Medal for Innovation in Higher Education, the 2016 President’s Medal recipient from the Charles and Stella Guttman Community College, and has been honored as one of Diverse Magazine’s “25 Leading Women in Higher Education.”Contact a speaker booking agent to check availability on Carol Geary Schneider and other top speakers and celebrities.