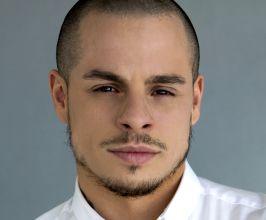 Book Casper Smart for your event

Internationally respected dance juggernaut, Beau “Casper” Smart has proven to be a stellar performer, whether on stage, television or the big screen. In addition to having a widely successful career as a performer, Smart has also been sought out by some of the biggest names in the industry for his skills as a choreographer. By the age of 21, Smart had already been commissioned as a dancer/actor by McDonalds, The Walt Disney Company, T-Mobile, The Atlantis Resort, & Häagen-Dazs as well as being featured in the 2008 USA Presidential Campaign as the high-energy version of presidential hopeful, John McCain.His choreography credits include Jennifer Lopez, Beyonce’, Eminem, Mike Posner, Kelly Rowland, Alexis Jordan & Reebok as well as hugely successful television shows worldwide including So You Think You Can Dance, X-Factor, ABDC, the UK’s GMTV and The Lottery.Known for his high-energy performances, Smart has shared the stage with Multi-Platinum, Award Winning artists such as Nicki Minaj, P!nk, J-Lo, Toni Braxton, Sean Paul, Natasha Bedingfield, Jordin Sparks & Beyoncé.His TV/Film credits include Glee, How I Met Your Mother, Def Comedy Jam, American Idol, The Ellen DeGeneres Show, Disney’s Step Up: 3D, Dance Flick, Alvin & The Chipmunks: The Squeakquel, The American Music Awards, The Teen Choice Awards & The 2010 Grammy Awards.In 2009, rap mogul Eminem commissioned Smart to choreograph & perform in his award-winning video, “We Made You.” Smart was also one of the dancers handpicked by Michael Jackson & his crew to appear on the “This Is It” worldwide concert tour. Television tycoon, Simon Cowell recruited Smart to choreograph music videos for UK pop stars, Alexandra Burke and Shayne Ward, featured on Cowell’s own record label, “Syco.”Contact a speaker booking agent to check availability on Casper Smart and other top speakers and celebrities.