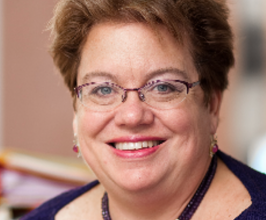 Book Celinda Lake for your event

Celinda Lake is the President of Lake Research Partners, and one of the Democratic Party’s leading political strategists, serving as tactician and senior advisor to the national party committees, dozens of Democratic incumbents, and challengers at all levels of the electoral process. Lake and her firm have worked for a number of institutions including the Democratic National Committee (DNC), the Democratic Governor’s Association (DGA), Next Generation, AFL-CIO, SEIU, AFSCME, NEA, AFT, IAFF, Sierra Club, EcoAmerica, Planned Parenthood, Human Rights Campaign, EMILY’s List, the Kaiser Family Foundation and The RWJ Foundation. Her work has also taken her to advise fledgling democratic parties in several post-war Eastern European countries, including Ukraine, and South Africa. In 2008, Lake worked as pollster for Vice President Biden.Lake is one of the nation’s foremost experts on electing women candidates and on framing issues to women voters. She has helped elect numerous female candidates, including Barbara Mikulski, the “Dean” of Women Senators, former Arizona Governor Janet Napolitano, Blanche Lincoln, U.S. Senator from Arkansas, Patricia Madrid the first Hispanic woman Attorney General in New Mexico, and Carol Moseley-Braun in her historic victory to become the first African-American woman to be elected to the United States Senate. Lake also works for Nancy Pelosi, the first female Speaker of the House.Prior to forming Lake Research Partners, Lake was partner and vice president at Greenberg-Lake. Her earlier experience includes serving as Political Director of the Women’s Campaign Fund, as the Research Director at the Institute for Social Research in Ann Arbor, Michigan, and as a Policy Analyst for the Subcommittee on Select Education.Lake, a native of Montana and one of the political world’s most avid whitewater rafters, holds a master’s degree in political science and survey research from the University of Michigan at Ann Arbor, and a certificate in political science from the University of Geneva, in Switzerland. Lake received her undergraduate degree from Smith College in Massachusetts, where she graduated Summa Cum Laude and was recently awarded the Distinguished Alumna Medal by the College. The American Association of Political Consultants awarded her and Ed Goeas of the Tarrance Group, the Distinguished Service Award for Service to the Profession in 2011.Contact a speaker booking agent to check availability on Celinda Lake and other top speakers and celebrities.