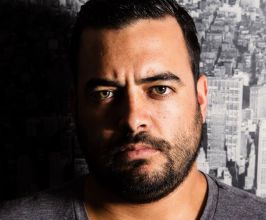 Book Chad Williams for your event

As a frequent guest on Fox News Channel, CNN News Room, Anderson Cooper 360 and more; Chad Williams draws from his experience in military to provide a Navy SEAL’s perspective on issues related to effective leadership, resilience, teamwork, overcoming adversity and motivation.Just days prior to entering SEAL training, Chad’s resolve would be thoroughly tested when he turned on his television one morning to see the unexpected graphic video footage of his mentor and training partner, Navy SEAL Scott Helvenston, who was brutally killed, mutilated, and dragged through the streets of Fallujah, Iraq. Hung upside-down from the Euphrates River Bridge while an incensed Iraqi mob repeatedly celebrated and chanted in Arabic, “Fallujah is the graveyard of Americans.” Helvenston’s body was set ablaze as Chad witnessed.Forged by adversity, Chad became steeled in resolve to complete SEAL Training in honor and memory of his good friend, Scott Helvenston. Chad entered the military’s most difficult and grueling training known as BUD/S. As 1 of 13 out of a class of 173 trainees, Chad climbed the mountain and earned his Trident which signifies he had become a Navy SEAL. While the taste of success is great, Chad learned the SEAL Team motto of “”earn your Trident everyday”” which means the SEALs don’t rest on their laurels, the training is never really over because they always strive for better!Serving his country proudly through multiple deployments on SEAL Teams One and Seven Chad continued to hone the technical skill, tactical proficiency and attention to detail that our nation’s best warriors adhere to. In an ironic final operation in Iraq, Chad’s shares the story of how his SEAL Team was set up on a premeditated ambush similar to the location and scenario that took the life of his mentor Scott Helvenston but on that occasion Chad and his Team were victorious, overcoming the enemy and odds set against them in a gun battle to the death.Today Chad is a best-selling author of, “SEAL of God” (over 100,000 copies) and an in demand keynote speaker. Drawing from his experiences as a SEAL on and off the battfelield, Chad grabs hold of his listeners illustrating the SEAL mindset and ethos that revolve around leadership, teamwork, integrity, safety, mental toughness, discipline, overcoming adversity and grit.Contact a speaker booking agent to check availability on Chad Williams and other top speakers and celebrities.