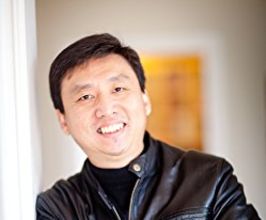 Chade-Meng Tan (Meng) is a Google pioneer, an award-winning engineer, a New York Times bestselling author, a thought leader, and a philanthropist. He is also quite funny.Meng is Google’s Jolly Good Fellow (which nobody can deny). Like many things in Google, his unusual job title started as a joke, but eventually became real. Meng was one of Google’s earliest engineers. Among many other things, he helped build Google’s first mobile search service, and headed the team that kept a vigilant eye on Google’s search quality. After a successful 8-year stint in Engineering and 2 years as GoogleEDU’s Head of Personal Growth, he now serves with Google’s Talent Team. His current job description is, “Enlighten minds, open hearts, create world peace”.One of Meng’s main projects at Google is a groundbreaking mindfulness-based emotional intelligence course called Search Inside Yourself, which was featured on the front page of the Sunday Business section of the New York Times. Search Inside Yourself is also the title of Meng’s New York Times bestselling book which has been endorsed by world leaders such as President Carter of the United States and President Nathan of Singapore, business leaders such as Eric Schmidt of Google and John Mackey of Whole Foods Markets, and spiritual leaders such as the Dalai Lama and Deepak Chopra. Meng hopes Search Inside Yourself will eventually contribute to world peace in a meaningful way.Outside of Google, Meng is the Founder and (Jolly Good) President of the Tan Teo Charitable Foundation, a small foundation dedicated to promoting Peace, Liberty and Enlightenment in the world. He is a Founder and the Chairman of the Search Inside Yourself Leadership Institute (SIYLI). He is a Founding Patron of Stanford University’s Center for Compassion and Altruism Research and Education (CCARE). He is also a Founding Patron of the World Peace Festival, and adviser to a number of technology start-ups.Meng earned his MS in Computer Science from the University of California at Santa Barbara. He went to Santa Barbara mainly for the beach, but didn’t mind the graduate degree either. He has won many computing-related awards, including the Championship of Singapore’s National Software Competition. Prior to coming to the United States, Meng had a successful engineering career in Singapore. (He knew it was successful because nobody offered to fire him).Meng created one of the world’s earliest websites on Buddhism in 1995. He considers himself a Buddhist “on most weekdays, especially Mondays”. He is an avid meditator, because meditation facilitates in him inner peace and happiness “without doing real work”. Meng occasionally finds himself featured on newspapers. He was featured on the front page of the New York Times and delivered a TED talk at the United Nations. He has met three United States Presidents: Obama, Clinton and Carter. The Dalai Lama gave him a hug for his 40th birthday. His personal motto is, “Life is too important to be taken seriously”.Meng hopes to see every workplace in the world become a drinking fountain for happiness and enlightenment. When Meng grows up, he wants to save the world, and have lots of fun and laughter doing it. He feels if something is no laughing matter, it is probably not worth doing.Contact a speaker booking agent to check availability on Chade Meng Tan and other top speakers and celebrities.