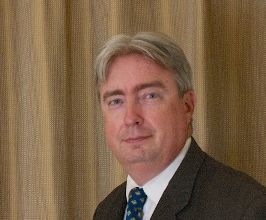 Book Charles A. Coulombe for your event

Charles A. Coulombe is one of North Americas most respected and sought-after commentators on culture, religion, history, and politics. A specialist in the history and government of the Catholic Church, Coulombes influence and expertise extend far beyond matters religious; he has written on topics ranging from the history of rum to haunted houses to a history of the United States and has lectured at universities and cultural institutions from Southern California to Oceania.Born in New York City in 1960, Mr. Coulombe and his family soon relocated to Southern California. He was educated at parochial schools throughout Los Angeles and undertook collegiate studies at the California State University at Northridge, where he majored in Political Science, followed by studies at the New Mexico Military Institute before serving as an officer in the California Army National Guard. After a three-year stint as a stand-up comedian in Hollywood, Mr. Coulombe made his foray into literary world with the publication of his first book Everyman Today Call Rome. He has subsequently written several books, including Vicars of Christ: A History of the Popes, Haunted Places in America, Rum: The Epic Story of the Drink That Conquered the World, and The Muse in the Bottle, among many others. Coulombe’s latest book is The Pope’s Legion. It is a breathtaking history of the Papal Zouaves, the international volunteer force who fought in defence of the Papal States under Pope Pius IX.Mr. Coulombe is a social and political commentator of considerable note. In 2005 he provided narration and commentary for ABC News during the funeral of Pope John Paul II and the subsequent election and installation of Pope Benedict XVI. A former journalist, Mr. Coulombe served as a film reviewer and Contributing Editor of the National Catholic Register, during which time he received the Christian Law Institute’s Christ King Journalism Award. Coulombe’s work has appeared in over than 20 journals, including regular columns in Fidelity (Australia), PRAG (London), Monarchy Canada, and Creole Magazine (Louisiana). He has also been a frequent contributor to such publications as Success, Catholic Twin Circle, Gnosis, FATE, and the New Oxford Review.As an informed and passionate speaker on a wide variety of religious, social, political, historical, and literary topics, Mr. Coulombe has appeared on lecture circuits throughout the North America, Europe, Australia, and New Zealand. In 1992 he lectured at Oxford University and the following year embarked on a lecture tour of Ireland and Great Britain, returning to Oxford and Cambridge in 1995. Coulombe has also delivered lectures at the University of Southern California on the history of Rock & Roll and at Cleveland’s John Carroll University on the history of medieval monarchy. In February 2011, he was invited to take part in a debate on the abolition of the monarchy at the prestigious Oxford Union. Mr. Coulombe serves on the Grand Council of the British-based International Monarchist League. In 2011 he was featured in a BBC World Service documentary on the role and purpose of monarchy. He is a member of both the Catholic Writer’s Guild of Great Britain and the Royal Stuart Society.Coulombe is also a founding board member of the Los Angeles-based Queen of Angels Foundation, a Roman Catholic devotional society. As a child, he lived with his parents in a house owned by the TV psychic known as The Amazing Criswell, through whom he met the legendary filmmaker Edward D. Wood, Jr.Contact a speaker booking agent to check availability on Charles A. Coulombe and other top speakers and celebrities.