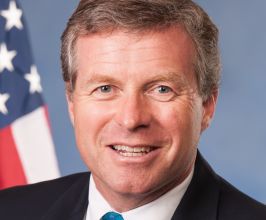 Book Charlie Dent for your event

Charlie Dent was first sworn in to the United States House of Representatives in January 2005. He represents Pennsylvania’s 15th District, which includes all or parts of Berks, Dauphin, Lebanon, Lehigh, and Northampton counties. Congressman Dent currently serves on two House committees: Appropriations and Ethics.Born May 24, 1960, Charlie is a life-long Lehigh Valley resident. He was raised in Allentown by his parents, Marjorie and the late Walter R. “Pete” Dent, a Bethlehem Steel employee. Charlie and his wife Pamela live in Allentown with their three children, Kathryn, William, and Jack. Charlie is a 1978 graduate of William Allen High School. He earned a degree in Foreign Service and International Politics from the Pennsylvania State University in 1982 and a Master’s Degree in Public Administration from Lehigh University in 1993.Before entering public service, Charlie worked as a development officer for Lehigh University, an industrial electronics salesman, and an aide to then-Representative Don Ritter. Charlie served eight years in the Pennsylvania House of Representatives and six years in the State Senate.In the state legislature, Charlie was Chair of the Senate Urban Affairs Committee and a task force focusing on the state’s children and youth placement services. He also championed significant landlord/tenant legislation and the creation of Adult Basic, a program designed to provide health insurance coverage for low-income, working adults.Now in his fifth term in Congress, Charlie has developed an expertise in homeland security and transportation issues through his committee assignments in the House, building on his existing knowledge and experiences from 14 years in the state legislature and his educational background. In those areas, he has championed legislation that would: promote the use of the Civil Air Patrol to better secure our borders; develop a comprehensive screening system that will allow border officials to determine that passengers are who they say they are; enhance chemical plant security; expedite and enforce the repatriation of criminal aliens; require notification to Immigration and Customs Enforcement and detention of illegal aliens that are arrested on state felony charges; advance the use of clean energy technology in public transportation applications; and establish reasonable security provisions for large aircraft.Charlie has also been an advocate on health issues. In 2008, legislation he and his colleague Rep. Mike Doyle (PA-14) introduced to update the Veteran’s Health Administration’s outdated HIV/AIDS testing policy was signed into law. He has been instrumental in providing federal funding for melanoma research, and a staunch supporter of medical research through the National Institutes of Health (NIH). Charlie has worked closely with the MPS (Mucopolysaccharidoses) community to draw awareness to this devastating genetic lysosomal storage disease, caused by the body’s inability to produce specific enzymes, and focus the research that is being conducted. He has also been active in advancing legislation aimed at the prevention and elimination of chronic viral hepatitis. Finally, Charlie is one of the leading voices in Congress for commonsense medical liability reforms that will increase patient safety, improve the quality of care, reduce the incidence of defensive medicine, preserve access to highly-skilled medical professionals, and ensure fair compensation for injured patients.While in Washington, Charlie’s focus is always on the 15th District of Pennsylvania. He has enacted legislation to designate the H. Gordon Payrow Post Office Building in Bethlehem and the Mayor Joseph S. Daddona Memorial Post Office in Allentown. Charlie was instrumental in securing Department of Justice funding for the 222 Corridor Anti-Gang Initiative and has introduced legislation that would establish regional anti-gang task forces — bringing federal, state and local law enforcement together to fight the growing problem of gang violence. In 2009, Congress enacted provisions authored by Charlie and Rep. Paul Kanjorski (PA-11) reauthorizing the Delaware & Lehigh Heritage Corridor, which is a federally designated Heritage Area dedicated to conserving the historic transportation network that brought anthracite coal from the mines to the markets in the nineteenth and early twentieth centuries. Rep. Kanjorski and Charlie also worked together in establishing the Cherry Valley National Wildlife Refuge in Monroe and Northampton Counties. Finally, Charlie has introduced a bill to designate a National Museum of Industrial History on the former Bethlehem Steel Plant site.Charlie has demonstrated leadership in Washington. He is a Co-Chair of the Tuesday Group, a group of center-right Republicans dedicated to promoting fiscal responsibility, personal independence and a strong national defense. In 2005, Charlie joined with three colleagues to form the bi-partisan Hydrogen & Fuel Cell Caucus. Under Charlie’s leadership as a Co-Chair, the caucus plays an important role in promoting and enhancing awareness of hydrogen and fuel cell technology. Since the 110th Congress, Charlie has served as the Pennsylvania Co-Chair of the Delaware River Basin Task Force which is a bipartisan group of members of the U.S. House of Representatives from the four basin states (Delaware, New Jersey, New York, and Pennsylvania) that coordinate Congressional efforts to promote the restoration and vitality of the Delaware River Basin and its communities. Representing one of the top cement-producing District in the nation, Charlie also Chairs the Congressional Cement Caucus. In this role, Charlie helps shape policy that impacts one of the Lehigh Valley’s most traditional and vibrant industries.Contact a speaker booking agent to check availability on Charlie Dent and other top speakers and celebrities.