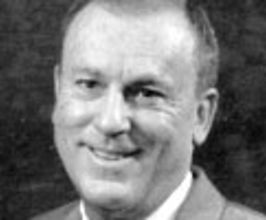 National Teacher of the Year, 2002

Book Chauncey Veatch for your event

Chauncey Veatch is currently distinguished professor of policy and leadership at the University of the Pacific. Formerly a history and social studies teacher at Coachella Valley High School in Thermal, California, Veatch was named the National Teacher of the Year on April 24, 2002 by President George W. Bush during a Rose Garden ceremony. Veatch, who defines his role of teacher in terms of his students’ successes, said he strives to be a “dream maker for my students, not a dream breaker.”“Literacy leads to success in school, success in a career, and success in life,” said Veatch, who retired as a colonel from the United States Army. “A literate person will have more options in life and a greater likelihood of becoming a lifetime learner.”Ninety-nine percent of Coachella Valley High School’s students are Hispanic, nearly the same percentage come from migrant families, and one third of Veatch’s own students were receiving special education instruction. One of Veatch’s migrant students, Luiz Mendoza, said, “I work with my family around Bakersfield until November. But Mr. Veatch saved me a place in his class and spent hours with me helping me to catch up. He does this for all of his migrant students.” Mendoza also said, “His goal for us is literacy, but he gives us all much more. Mr. Veatch sets high standards and helps us to reach them, and helps us achieve our dreams. My dream is to one day be an ambassador for the United States. Maybe I can be an ambassador to one of the countries I read about in a big book [about European royal palaces] that Mr. Veatch gave me.”Veatch was chosen from among 58 teachers in Riverside County, becoming the California Teacher of the Year in October 2001. There were four finalists for the National Teacher of the Year honor including Veatch. Others came from Connecticut, Florida, and Kansas.Veatch is also the advisor for the California Cadet Corps, a leadership and citizenship-developing program with a strong focus on community service. The program had not been active since the 1970s. Veatch helped build the organization to more than 170 students who participate in a wide variety of community events, visit elementary and middle schools to read to students and promote good citizenship, and perform in military parade competitions.Based on their research into the life of the labor leader Cesar Chavez, Veatch’s students were chosen to produce a documentary video for the Cesar Chavez Project in collaboration with the Riverside County Office of Education. The project is supported by RCOE, the Latino Network, and businesses including Parkview Community Hospital and Charter Communications. His students interviewed and videotaped individuals who knew Chavez or were influenced by him.Veatch was born in Hutchinson, Kansas, on March 8, 1948, and graduated from the American High School in Frankfurt, Germany. He earned his bachelor’s degree in history in 1970 from the University of the Pacific in Stockton, California, and a doctorate in jurisprudence from the University of Notre Dame in 1975.Teaching is his second career. He has served as an officer in the US Army infantry and the medical services corps for 22 years, retiring in 1995. During those years he had assignments in Spain, Costa Rica, Panama, El Salvador, Paraguay, and Peru. He studied Spanish at the military’s Defense Language Institute in Monterey, California, and the Octavio Paz Center for Latin American Studies in Guadalajara, Mexico.”Everything I did was to prepare me to be a teacher,” he said. A brother who also teaches encouraged Veatch to join the profession. During his first three years of teaching from 1995 to 1998, he earned his social studies teaching credential by taking evening and weekend classes.Besides his three years at Coachella Valley High School, Veatch taught seventh and eighth grade students from 1995 to 1999. Since 1995 he has taught English as a Second Language and citizenship classes at the evening Adult Education School, part of the Coachella Valley Unified School District. Along with social studies classes, Veatch teaches a ninth grade career preparation course as well as the Cadet class.Veatch served a one-year, full-time commitment as a national spokesperson for education from July 1, 2002, to July 1, 2003. The National Teacher of the Year Program is sponsored by the Council of Chief State School Officers (CSSO) and Scholastic Inc. The program focuses public attention on teaching excellence.Contact a speaker booking agent to check availability on Chauncey Veatch and other top speakers and celebrities.