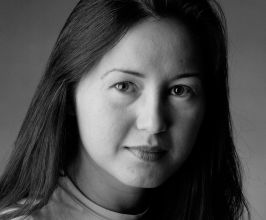 Pulitzer-Prize winning photojournalist Cheryl Diaz Meyer is best known for her daring coverage of the Iraq War and her insightful documentation of women facing adversity across the globe. The “eloquent photographs depicting both the violence and poignancy of the war with Iraq” garnered her and colleague David Leeson the 2004 Pulitzer Prize for Breaking News Photography. Her pictures were also awarded the Visa D’Or in 2003 at the Visa Pour L’Image photo festival in France.Immediately after the September 11 terrorist attacks, Diaz Meyer covered the earliest phase of the war in Afghanistan, witnessing the first battles that defeated the Taliban. Her photos from Afghanistan received many honors including the John Faber Award from the Overseas Press Club. Diaz Meyer was a pioneer in both Afghanistan and Iraq — one of only a handful of female photojournalists who covered the initial days of both the Afghan and Iraq Wars.She has traveled to the Philippines and Indonesia to photograph the effects of violence between Muslims and Christians, and to Guatemala to document a country healing from 36 years of civil strife. She has also photographed stories in Tajikistan, Uzbekistan, China, Kuwait, Bahrain, the Czech Republic, Mexico, Slovakia and Russia.Diaz Meyer’s photographs are exhibited worldwide including the Newseum’s Pulitzer Prize Exhibit in Washington, D.C. Her work has been published in The New York Times, The Washington Post, the Los Angeles Times, the Chicago Tribune, China Daily, Life, Newsweek and Der Spiegel magazines. Her work is also featured in several books: on the cover of “The Long Road Home,” in “Desert Diaries” by Corbis, “The War in Iraq by Life, A Table in the Presence” by Lt. Carey Cash and “Reporting from the Front” by Judith Sylvester. Apple, The History Channel, CNN, MSNBC, ABC News and CSPAN have featured her work and interviews. She has contributed articles to The Dallas Morning News, Harvard University’s Nieman Reports, as well as Digital Journalism: Emerging Media and the Changing Horizons of Journalism.Diaz Meyer worked as a senior staff photographer for 10 years at The Dallas Morning News in Texas and for five years at the Star Tribune in Minnesota. She lectures widely, including at the Aspen Ideas Festival and the Smithsonian Institution, and she has been a guest speaker at the Danish Union of PressPhotographers, the Poynter Institute, the National Press Photographers Association and at numerous journalism events. She was honored in 2004 with a special invitation to meet President Gloria Macapagal Arroyo of the Philippines. She graduated cum laude with a Bachelor of Arts in German from the University of Minnesota-Duluth and with a Bachelor of Arts in Photojournalism from Western Kentucky University where she has returned on several occasions to teach at the Mountain Peoples Workshop.Now based in Washington, D.C., Diaz Meyer was born and raised in the Philippines and moved with her family to the United States in 1981.Contact a speaker booking agent to check availability on Cheryl Diaz Meyer and other top speakers and celebrities.