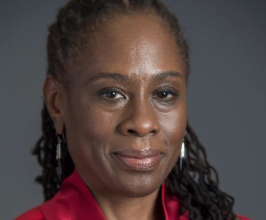 Book Chirlane McCray for your event

Chirlane McCray is a writer, poet, editor, communications professional and political figure. She has published poetry and worked in politics as a speechwriter. Married to current New York City Mayor Bill de Blasio, she is the First Lady of New York City.McCray was born in and spent her early years in Springfield, Massachusetts. Her mother was an assembly worker at an electronics factory, and her father was an inventory clerk at a military base. She is of Bajan and St. Lucian descent, but traces her grandmother’s last name to Ghana.”When McCray was ten years old, her family moved to Longmeadow, Massachusetts, becoming only the second black family in the area. Other families in the neighborhood circulated petitions demanding they leave.In high school, McCray was for a time the only black student in her entire school. McCray cites this early experience with racism and bullying as part of the reason she began to write, using her poetry as an outlet for her anger. She also wrote a column for her school newspaper, in which she denounced classmates for their racism.McCray enrolled at Wellesley College in 1972. While studying at Wellesley, McCray became a member of the Combahee River Collective, a black feminist lesbian organization, which inspired her to write prose and poetry.After graduation, she moved to New York City to work for Redbook. She published an essay in Essence Magazine in 1979, entitled “I Am a Lesbian,” an essay described as “groundbreaking” for how a black woman discussed her sexuality in a black magazine. The purpose of the essay was to “dispel the myth that there are no gay black people.” Some of her poetry is included in “Home Girls: A Black Feminist Anthology.”In 1991, McCray entered politics. She worked as a speechwriter for the mayor, David Dinkins. During the Clinton administration, she worked for the New York Foreign Press Center as a public affairs specialist. She also worked as a speech writer for the state comptroller, Carl McCall, and the city comptroller, Bill Thompson.In 2004, she left Thompson’s office to work in the private sector. She worked for five years at Maimonides Medical Center. She also worked for Citigroup in their public relations department for six months, before deciding it was “not a good fit.” During her husband’s campaign for mayor of New York City in the 2013 election, she edited his speeches and helped interview candidates for staff positions.In November 2015, McCray led the launch of ThriveNYC, a plan to overhaul the city’s mental health and substance abuse services, promoting a shift from a traditionally more reactive model, which can strain police, prisons, hospitals, and schools,[21] to an integrated public health approach, focused on awareness and early identification.McCray has expressed a desire to run for office in 2021.McCray and de Blasio have a daughter and a son and live in Park Slope, Brooklyn. They plan to move into Gracie Mansion.Contact a speaker booking agent to check availability on Chirlane McCray and other top speakers and celebrities.