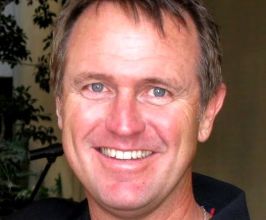 Book Chris Carmichael for your event

Chris Carmichael is the founder, CEO, and President of Carmichael Training Systems and former personal coach to cancer survivor and seven-time Tour de France Champion Lance Armstrong. Chris Carmichael formed CTS in 1999 after spending more than two decades in the sport of cycling.In 2004, Colorado’s Celebrate Technology Coalition named Chris Carmichael “Entrepreneur of the Year.” Soon after he was honored with the USA Cycling Lifetime Achievement Award. Chris Carmichael was inducted into the U.S Bicycling Hall of Fame in May 2003, and has been honored as the United States Olympic Committee’s “Coach of the Year.”  He served as the cycling coach during the 1992 and 1996 Olympics and athletes under Chris Carmichael’s direction have won 33 Olympic, World Championship and Pan American Games medals.On the way to building a multimillion dollar coaching and multimedia business with more than 50 full-time employees, Chris also authored seven books, including the New York Times Bestseller, Chris Carmichael’s Food for Fitness.His unique perspective on performance appears in his monthly columns in Road Bike Action (2013-present), Bicycling Magazine (’05-2010), Triathlete Magazine (2010 – 2012) and Outside Magazine (’05-’08), and the broad appeal of his message has seen him featured in Time, Entrepreneur Magazine, Business 2.0, Inc., and Forbes Small Business. The company has also released more than 20 full-length training DVDs featuring workouts led by Chris Carmichael and other CTS Coaches.Chris Carmichael has served as a keynote speaker for prominent events and distinguished organizations such as NIKE, The American College of Sport Medicine, The Tony Robbins Group, Autoliv, UNISYS, UK World Class Coaching Conference, WRQ Inc., Texas Tech University and the Global Coaching Conference for the USOC.Chris Carmichael is currently involved in engineering the return of Lance Armstrong to regain his former supremacy at the Tour de France after three years away from professional cycling. Lance Armstrong won his first Tour de France in 1999.Chris Carmichael’s unique “Train Right” methods have been featured on NBC Nightly News, The Discovery Channel, CBS’s 60 Minutes, ABC’s World News Tonight, CNN, Tech TV and the Outdoor Life Network among others. Chris Carmichael coaches and consults elite athletes including: USPS rider and four-time Olympian George Hincapie, World Record Swimmer Ed Moses, Indy Car driver Eliseo Salazar, 2000 & 2004 Paralympian Ron Williams, two-time Ironman World Champion Peter Reid and Indy race car driver Tony Kanaan of the Andretti Green Racing Team.Chris Carmichael has also pioneered and perfected world-class coaching methods and spawned the development of much of the technology used currently in modern coaching.Chris Carmichael was a member of the first American team (7-Eleven) to ride in the Tour de France in 1986 and a member of the 1984 U.S. Olympic Cycling Team.Contact a speaker booking agent to check availability on Chris Carmichael and other top speakers and celebrities.