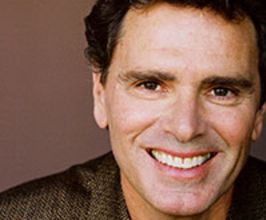 Book Chris Coffey for your event

Chris Coffey is a significant contributor to the methodology of feedback-based training and executive coaching. As one of the pioneers in this field since 1981, he brings his own distinctive common-sense approach to designing and conducting workshops in leadership, management, team-building, and influencing without authority. For more than 20 years, Chris Coffey has worked and lived in a PhD world and his journey in education started with law school and the dramatic arts.After graduating from Fairfield University in Connecticut with a BS in marketing, Chris did a stint in the U.S. Navy, worked at a variety of jobs including ski instructor, attended law school for a while, and generally followed the pursuits that allow young men to find themselves. With marriage, Chris settled down and set about becoming an actor in New York City. For six exciting years, he studied acting and directing and struggled to find his place in the legitimate theater.In 1980, Chris’ career took an upward turn when I was called to Los Angeles to appear in his first feature film: A Change of Seasons with Bo Derek.Chris’ role in the film was one he had rehearsed in real life, ski bum. While in Los Angeles, Chris appeared in several prominent guest roles on the television series Dallas, Colby, and Emerald Point and more feature films and television roles followed. In retrospect, Chris’ acting roles prepared him for his later work as a consultant and teacher in executive and management coaching.In parallel with his acting career, Chris was working and learning at the Center for Leadership Studies, where he met Paul Hersey, Marshall Goldsmith, and Frank Wagner which changed his life. Chris’ stage and movie experience proved extremely useful in teaching and presenting. Chris had found his calling and by 1984, he was totally out of the acting business and fully engaged in consulting as a member of the prestigious Keilty, Goldsmith & Boone firm in LaJolla, California.  KGB were pioneering leaders in developing programs to teach Excellence in Management. Chris began by leading Excellent Manager Workshops for middle managers and above at IBM, Warner Lambert, Citibank, Apple and other Fortune 500 companies.Through the ensuing years, his life’s work has become developing and leading workshops that range from 90 minute keynoted speaking engagements to 3 day workshops. The different workshops cover a wide range of subject matter but each pertains to leadership development and excellence focusing on “Helping Successful People Get Even Better”.PROGRAMSThe Excellent ManagerStrategic SellingThe DNA of Teams: DNA articleGEO Prometheus Leading in Fast TimeInfluence without AuthorityLeadership Styles for Influencing OthersContact a speaker booking agent to check availability on Chris Coffey and other top speakers and celebrities.