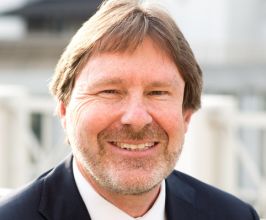 Book Chris Jennings for your event

Chris Jennings is an over three decades-long health policy veteran of the White House, the Congress and the private sector. In 2014, he departed from his second tour of duty in the White House where he served President Obama as Deputy Assistant to the President for Health Policy and Coordinator of Health Reform. He served in a similar capacity in the Clinton White House for nearly eight years.From his positions in the executive branch, Mr. Jennings has helped implement the Affordable Care Act’s access and delivery reform provisions (for President Obama) as well as played leadership roles in the development, passage and implementation of bipartisan health reforms, such as the Children’s Health Insurance Program, the Health Insurance Portability and Accountability Act (HIPAA), the Prescription Drug User Fee Act (PDUFA) of 1997 and major Medicare reforms in the Balanced Budget Act (BBA) of 1997 (for President Clinton).In his decade of service in the U.S. Senate, he served as the Deputy Director of the Special Committee on Aging for three Senators (Glenn, Pryor, and Melcher) and led major reform efforts in the areas of long-term care, prescription drug coverage/cost containment, and rural health care. In this capacity, he also served in a major role for the U.S. Bipartisan Commission on Comprehensive Health Care (also known as the “Pepper Commission”).Outside of government service, Mr. Jennings has been a senior health policy advisor to seven Presidential campaigns, the 2008 and 2016 Democratic Platform Drafting Committees, and multiple gubernatorial and Senate candidates. Recognizing his pragmatic nature and experience with key Democratic policymakers, the Bipartisan Policy Center (BPC) sought Chris to serve as a senior advisor on a number of health reform projects, including reports and recommendations on access, delivery reforms, cost containment, and long-term care.Jennings Policy Strategies (JPS) is a nationally respected health care consulting firm committed to assisting foundations, purchasers, health systems and other aligned stakeholders develop policies to ensure higher quality, more affordable and sustainable health care. He has consistently worked to develop administrative, legislative, and private sector policies/interventions to ensure better stewardship of and a greater return on investment on the nation’s $4 trillion investment in health care. In addition to his consulting work and his collaborations with think tanks Mr. Jennings is a frequent contributor on health reform issues to publications such as the New England Journal of Medicine, Health Affairs, and the Atlantic.Contact a speaker booking agent to check availability on Chris Jennings and other top speakers and celebrities.