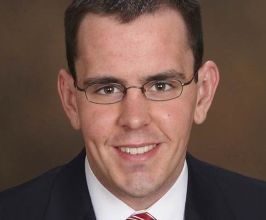 Book Chris Murawski for your event

As a Pitt undergraduate, Chris Murawski made the most of his experience. He served as a resident assistant in Lothrop and Tower B, was a student volunteer at UPMC Presbyterian, and attended every Panthers basketball and football game. The neuroscience major also focused on his studies, a lot. He kept pace with the rapidly changing field of brain research, especially because some of his professors were pioneers of the field.“We didn’t learn from textbooks; the field was moving faster than they could be written,” Murawski said. “Our professors taught from their research, which was inspiring and instilled in us the concepts of investigation and discovery.” Yet, despite his fascination with the human mind, Murawski was drawn back to an earlier passion.After a baseball injury during his high school years, Murawski showed such an interest in his treatment for a torn ankle ligament that his orthopaedic surgeon invited the teenager to learn more by “shadowing” the physician at work and occasionally attending conferences on orthopaedics—the treatment of muscles, bones, and joints, often related to sports injuries.At Pitt, Murawski excelled in his neuroscience studies, but his interest in orthopaedics stayed with him, especially once he met Pitt’s Freddie Fu, Distinguished Service Professor and chair of the Department of Orthopaedic Surgery. The renowned orthopaedic surgeon was impressed by the young, aspiring student. Fu invited the undergraduate to attend lab meetings every Wednesday, and eventually convinced Murawski to pursue orthopaedic research upon his Pitt graduation.So, after graduation, Murawski (A&S ’12) stayed in Pittsburgh and spent two years conducting orthopaedic research and working with Fu in the Department of Orthopaedic Surgery. He worked with robots to define the anatomy of the anterior cruciate ligament (ACL); he analyzed knee anatomy to determine the greatest risk factors for rupturing an ACL; he evaluated the effectiveness of different surgical reconstructions. His research portfolio, which grew during his work with Fu in orthopaedics, now boasts 55 peer-reviewed studies and more than 60 academic conference presentations worldwide.The experience was invaluable, leading Murawski into medical school at Pitt in the summer of 2014. In 2016, Forbes magazine named him to their list of the Top 30 Under 30 globally. The magazine describes this group as “the brightest young entrepreneurs, breakout talents, and change agents in 20 different sectors,” including health care, worldwide.Contact a speaker booking agent to check availability on Chris Murawski and other top speakers and celebrities.