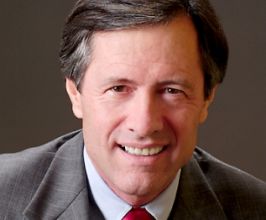 Distinguished Film Producer in Residence and Director of the Center for Environmental Filmmaking School of Communication, American University.

Book Chris Palmer for your event

Chris Palmer is an environmental and wildlife film producer who has swum with dolphins and whales, confronted sharks, come face-to-face with Kodiak bears, camped with wolf packs, and waded hip-deep through an Everglades swamp.Chris has spent 25 years producing more than 300 hours of original programming for prime time television and the large format film industry. His films have been broadcast on the Disney Channel, TBS Superstation, Animal Planet, Home and Garden Television, The Travel Channel, The Outdoor Life Network, the Public Broadcasting System and in the global system of IMAX theaters. His IMAX films include Whales, Wolves, Dolphins, Bears, India: Kingdom of the Tiger, and Coral Reef Adventure.He joined American University in August 2004, establishing the Center for Environmental Filmmaking at the School of Communication. In addition to teaching as a full-time faculty member, Chris continues to produce films, give speeches, and conduct workshops across the country. He is writing two books: Staying Alive: Adventures in Wildlife Filmmaking (for Sierra Club Books) and another about a different kind of wildlife—his three daughters and how to be an effective father.At American University, Chris created and teaches three groundbreaking classes: Producing Environmental and Wildlife Films, which teaches students the keys to being a successful film producer; Classroom in the Wild, which takes students to wilderness areas in Florida, Australia, and the Chesapeake Bay to learn the basics of natural history filmmaking; and Environmental and Wildlife Production, which gives students the opportunity to produce environmental films for network television.The Center for Environmental Filmmaking (CEF) is driven by the belief that environmental and wildlife films are vitally important educational and political tools in the struggle to protect the environment. CEF has four signature initiatives: creating partnerships with blue chip organizations that will give students the opportunity to produce professional films; bringing to the AU campus world-class filmmakers to mentor students; providing innovative educational programs and classes; and advocating for the ethical treatment of wildlife and the environment. Chris is president of the MacGillivray Freeman Films Educational Foundation. MacGillivray Freeman Films is the world’s largest and most successful producer and distributor of giant screen films (more commonly known as IMAX theater films). The foundation also produces companion educational programming focused on science, the environment, and world cultures. Building on its most recent IMAX film Hurricane on the Bayou, the foundation recently launched a program in New Orleans to help disadvantaged students who were affected by Hurricane Katrina to understand the importance of coastal wetlands.Chris also serves as chief executive officer of VideoTakes Inc., a film production company in Arlington, Va, where he produces environmental films, videos, DVDs, and new media. At VideoTakes, students (through AU’s Center for Environmental Filmmaking) can make major contributions to films and videos as interns or employees. Recent films have focused on rain forests, coral reefs, the impact of war on the environment, environmental education, peace parks, water conservation, the Chesapeake Bay, and prairie restoration.In 1983, Chris founded the nonprofit National Audubon Society Productions, serving as president and CEO for 11 years. In 1994, he founded the nonprofit National Wildlife Productions (part of the National Wildlife Federation, the largest conservation organization in the United States) which he managed as president and CEO for 10 years, directing NWF’s launch into broadcast, cable, syndication, home video, new media, large format and international markets. Chris and his colleagues have won numerous awards, including two Emmys and an Oscar nomination. His movies, music videos, documentaries and computer software all focus on documenting threatened species and habitats and exposing damaging commercial enterprises and practices while celebrating environmental success stories. In 1994, Chris was honored with the Frank G. Wells Award from the Environmental Media Association for “contributing to environmental protection year after year.” He has worked with many celebrities in his films, including Robert Redford, Paul Newman, Jane Fonda, Ted Turner and Ted Danson.Profiles about Chris have appeared in many publications, including the Wall Street Journal and The Washington Post. He has been interviewed on the Today Show, the Fox News Channel, and other networks. He publishes articles regularly, the most recent being an op-ed piece in the Baltimore Sun on the death of “Crocodile Hunter” Steve Irwin.Chris is a frequent speaker at conferences and film festivals. He also gives workshops on how to live a fulfilling life, how to raise money, how to give effective presentations, how to network effectively, and how to triple one’s productivity. He is a stand-up comedian and performs every Saturday night at the Bethesda Hyatt in Bethesda, Md. He has jumped out of helicopters, worked on an Israeli kibbutz, and was a high school boxing champion.Chris serves on the boards of eleven nonprofit organizations: the International Wildlife Media Center and Film Festival, the Natural Resources Council of America, the MacGillivray Freeman Films Educational Foundation, the Media Group, BearTrek, the Environmental Film Festival in DC, the Population Media Center, the Philanthropy Network, the Imaging Foundation, Green Planet Films, and Blue Ocean Film Festival.In the 20 years before becoming a film producer, he was a naval officer, an engineer, a business consultant, an energy analyst, chief energy advisor to a senior U.S. senator, a political appointee in President Jimmy Carter’s EPA, and an environmental activist.He has a B.S. with First Class Honors in Mechanical Engineering and an M.S. in Ocean Engineering and Naval Architecture from University College London, and a second master’s degree in Public Administration from Harvard University where he was a Kennedy Scholar.Born in Hong Kong, Chris grew up in England and immigrated to the United States in 1972. He is married to Gail Shearer and the father of three grown daughters (Kim, Christina and Jenny).Contact a speaker booking agent to check availability on Chris Palmer and other top speakers and celebrities.