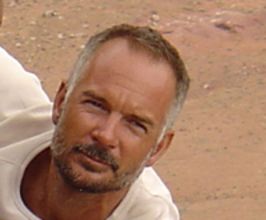 Chris Warner is an expert climber, teacher, entrepreneur, and author.

Book Chris Warner for your event

Chris Warner has been teaching people how to exceed their perceived limits since 1982. In the early days, he took convicted felons from penitentiaries in New Jersey out into the woods. Now he prefers to take educators, MBA candidates and corporate groups through a similar learning process.Chris is the founder of and director of Earth Treks, Inc, which operates three full service climbing centers specializing in rock and ice climbing instruction and international mountaineering expeditions. An American Mountain Guides Association certified Alpine Guide, Chris has been teaching climbing since 1983. In addition to helping thousands learn the basics of the sport, he has guided throughout the United States, the Alps, Africa, the Andes of Peru, Ecuador and Argentina, and the Himalayas of Nepal and Tibet (including Everest).Climbing internationally since 1987, Chris has summited over one hundred times on peaks over 19,000 feet. He has been the leader of several private expeditions to the Himalaya and Karakorum. In the Spring of 2000, Chris guided an international expedition to the North Ridge of Mount Everest. They were forced to retreat after two summit bids were ended by blizzard conditions. In 2001, he successfully guided Everests North Ridge, on an expedition in which 14 people reached the summit. His rescue of other climbers on Everest was featured in the September 2001 issue of National Geographic Adventure. Later that year, he returned to Tibet and climbed Mt. Shishapangma (8,037 m.) via the South Face. His 34 hour ascent and descent of this technical 7000 foot tall face was the first time an American has completely soloed an 8000 meter peak.In 2003 Chris guided a team of 5 climbers on the North Ridge of Everest for the Outdoor Life Networks Global Extremes program. This reality TV show aired from early January until early June, 2003. In addition to OLN-TV, the program aired as a prime time special on ABC-TV. Chris summit bid ended when he was hit by a falling oxygen cylinder, as he was rescuing a group of climbers at 27,400 ft.In 2004 Chris returned to the Himalaya, soloing Mt. Lhotse (27, 939 ft), the fourth highest peak in the world. From Nepal he traveled by himself to Pakistans Mt. Nanga Parbat (26,658 ft.). As a storm swept over the summit, he turned back within 300 feet of the top, suffering from frostbitten feet, but happy to be alive. In 2007, Chris lead the successful Shared Summits Expedition to K2, reaching the summit on July 20th. The team filmed their expedition for an NBC special.Tales of his climbs have been published in Climbing, National Geographic Adventure, Sports Focus, Sports Illustrated, The Baltimore Sun, The Washington Post, The American Alpine Journal, Mounteverest.net, and dozens of other publications and websites. Profiles of Chris and Earth Treks have appeared on Bloomberg Business News, CNBC, National Geographic TV and the Baltimore and Washington news programs. Chris has starred on numerous adventure based television programs on the following networks: NBC, ABC, The History Channel and OLN-TV. Chris is a regular guest on DC101s Elliot in the Morning Show, calling in from Tibet or Pakistan while on expeditions.Chris has also shared his adventures with thousands of people, at more than 200 multi-media presentations. He has been the featured speaker for dozens of corporate groups and business schools including: Aegon, Monumental Life, Charles Schwabb, Raymond James Financial Services, Northrup Grumman, The Allegis Group, Deutsche Bank, The National Defense University, The University of Colorado, Loyola University’s Executive MBA Program, University of Marylands MBA Program, Wharton Business School, and Johns Hopkins University. He has also contributed to Upward Bound, a book by entrepreneurs and climbers that explores the lessons learned in climbing that can be applied to operating a business. In his book High Altitude Leadership: What the World’s Most Forbidding Peaks Teach Us About Success, Chris shares first-person examples from major mountain climbing expeditions, interspersed with scenarios from boardrooms around the globe.Chris specializes in multi-media presentations, recounting his most epic climbs. His tales are riveting: with climbers falling though the air, being swept away by avalanches, plunging into icy crevasses, holding climbers as they breathe their last breaths, huddling on tiny ledges as blizzards rage, rescuing stranded partners and reaching wind swept summits. With a half dozen shows to choose from, Chris works with event organizers to best meet the needs of the group. A true strength of Warner’s presentations is his ability to transfer the lessons of these extreme adventures to the challenges we all face. Unlike most adventurers on the speaking circuit, Chris owns a mid-sized company, with 175 employees. His experience as an entrepreneur provides him with practical solutions to everyday (and epic) problems.Contact a speaker booking agent to check availability on Chris Warner and other top speakers and celebrities.