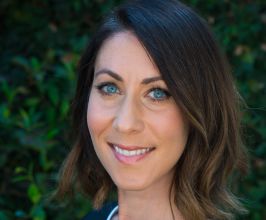 Book Christina Fialho for your event

Christina Fialho is the Co-Founder/Executive Director of Freedom For Immigrants. Initially named Community Initiatives for Visiting Immigrants in Confinement (CIVIC), the organization changed its name in 2018. Christina is an attorney and immigration detention expert, and she has been awarded the 2016 Ashoka Fellowship and the 2012 Echoing Green Fellowship in recognition of her innovation and entrepreneurship. She also is a recipient of the 2018 James Irvine Leadership Award and the 2013 Rockwood Fellowship for a New California.Christina has spent nearly 15 years advocating for immigrants.Prior to starting Freedom for Immigrants, Christina assisted in defending immigrants from detention and deportation, with a focus on representing LGBTQ asylum seekers. She has argued cases before the U.S. Court of Appeals for the Ninth Circuit and the U.S. Immigration Courts. She also worked as a program coordinator for Upwardly Global in San Francisco and a research fellow for the Global Detention Project in Geneva, Switzerland. In college, she worked as an ESL teacher in England, and she volunteered at Catholic Charities’ Refugee Resettlement Program and at LifeMoves Julian Street Inn. While in law school, she co-founded the first visitation program in the state with Christina Mansfield at the West County Detention Facility in Richmond.Christina is based in Los Angeles, and she serves on the Board of Directors of the American Civil Liberties Union (ACLU) of Southern California. Previously, she served as the first Social Entrepreneur in Residence at UC San Diego’s Rady School of Management, on the Steering Committee of the Detention Watch Network for six years, and she was appointed to the California Bar Association’s Civil Justice Strategies Task Force.Christina speaks internationally on immigration detention issues. Her media appearances include MSNBC’s The Beat with Ari Melber, Hardball with Chris Matthews, NBC, CBS, NPR’s All Things Considered, and many other national television and radio programs. In 2017, she was featured in Grammy-winning artist Miguel’s music video, “Now,” and in 2019, her organization was featured in Season 7 of Netflix’s Orange Is The New Black. Her work also has been featured in the New York Times, Los Angeles Times, BBC News, Associated Press, Rolling Stone Magazine, Teen Vogue, la Repubblica, and on Univision and Telemundo, among others. She is a regular contributor to The Huffington Post, and she has written for the Los Angeles Times, InStyle Magazine, Forbes, USA Today, Washington Times, The Hill, among others. Her scholarly writings, published by Oxford University Press, the Forced Migration Review, and Springer Publishing, have focused on the intersection of international and immigration law.Christina has worked to introduce and pass several state and federal laws such as the Dignity Not Detention Act in California (passed 2017) and a bill to abolish private prisons in California (passed 2019) as well as and the Detention Oversight Not Expansion (DONE) Act in Congress, introduced in both houses in 2018 and 2019.Christina is a member of the California State Bar.Contact a speaker booking agent to check availability on Christina Fialho and other top speakers and celebrities.