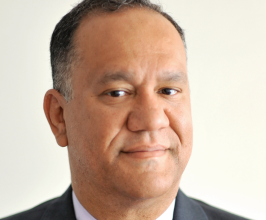 Book Christopher Chambers for your event

Christopher Chambers is a Professor of Journalism at Georgetown University, where he lectures and writes on media and culture, the First Amendment, minorities & politics, the decline of journalistic standards and the rise of the punditry. He has invented two new courses wildly popular with the students, “The Public Intellectual in Modern Journalism,” and “Expeditions, Executions & Exposés.” He is also a bestselling fiction author who’s works include the Angela Bivens® series of FBI crime novels for Random House, the recent illustrated superhero anthology The Darker Mask with Walter Mosley, the upcoming graphic novel Gangsterlandabout Harlem and mobster “Lucky” Luciano in the 1930s, and the much anticipated historical novel Yella Pasty’s Boys, a study on slavery and War of 1812. Professor Chambers is a former U.S. Justice Department attorney, and a graduate of Princeton University. Recent speaking engagements include:Princeton University, 6/19/08: Colloquium and Town Meeting on Race, Clinton/Obama, The Jena Six and Reverend Wright (C-SPAN)UNITY Convention, Chicago 7/24/08, Why Pundits Fit the Wal-mart model of JournalismJohnson & Johnson, New Brunswick, NJ, 11/3/07, Being Creative, Being Nimble—Examples in History, the Arts and Media (marketing departmental motivation series)First Amendment Roundtable, Loyola Marymount University, Los Angeles, CA 8/14/08Comic Con, San Diego, CA, 7/27/08, Not all Superheroes are Angry White MenThe Corps of Colonial Marines versus Barneys Boys: Freed Slaves in the service of the British clash with African American sailors at Bladensburg, Library of Congress, Washington, D.C. 3/10/08Contact a speaker booking agent to check availability on Christopher Chambers and other top speakers and celebrities.