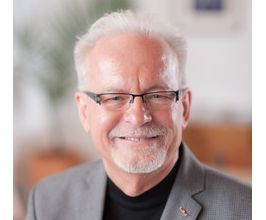 Book Chuck Reaves for your event

Chuck Reaves is a popular speaker and trainer, and teaches sales, management, and personal development programs to audiences all over the world. After spending ten years as an entry-level employee at AT&T, Chuck was promoted to account executive, and was the highest producer out of 1,100 salespeople. He was promoted to sales manager, and received numerous sales honors and awards. His ability to manage difficult situations gained him distinction within the Bell System, and made him a frequent speaker at AT&T sales schools.His first book, The Theory of 21, is the result of his years of success in the corporate environment. Chuck has proven his theory about accomplishing the impossible with astounding results by applying it to his life, and to the lives of others. His book, Never Take Money From A Stranger, teaches how to ask for whatever you want and get it. His latest book, The Nanosecond Salesperson, was released in summer 2008.As a consultant, Chuck has worked with large and small companies to assist them in achieving their impossible goals. He served as the president of a 30-million-dollar bakery, made sales calls for a multi-billion dollar corporation, and even served as press secretary for a Congressional candidate. He believes in doing what it takes to accomplish his client’s goals. As a speaker, Chuck has influenced many people in various occupations all over the world. His ability to deliver a powerful, concise, useful, and entertaining message has earned him recognition from two presidents of the United States and other dignitaries, and numerous honors, including “Veteran’s Advocate of the Year,” and “Outstanding Georgia Citizen.” Out of 4,000 members of the National Speakers Association, he is one of only 93 to have received the coveted Speakers Hall of Fame Award. He is a frequent guest lecturer at various colleges and universities. Chuck is a decorated Vietnam veteran, a native of Atlanta, Georgia, and an active Christian layman.Contact a speaker booking agent to check availability on Chuck Reaves and other top speakers and celebrities.