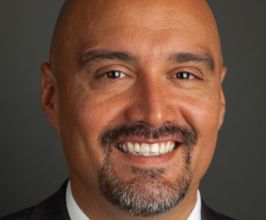 Book Chuck Rocha for your event

Chuck Rocha began his political career in the woods of East Texas at United Rubber Workers Local 746. By 22, Rocha had become the youngest officer of the 1,200 person local. At 29, he was hired to be the youngest, first person of color and last rank-and-file National Political director of the United Steelworkers of America. Rocha is credited for building out one of the top national labor political departments in the country.In 2010, Rocha left the USW to create Solidarity Strategies, a full-service nonprofit and political consulting firm. Solidarity was built on the idea of diversity, inclusion, and mentorship opportunities for the next generation of minority professionals. In 10 years, Solidarity has employed over 100 young people of color and has become one of the most successful minority-owned political consulting firms in the nation.Rocha has worked on several presidential, Congressional, and gubernatorial races through the years, including both of Senator Bernie Sanders’ presidential campaigns. He is one of only a handful of people of color to help run a presidential campaign and he accomplished all of this despite never attending college, having a criminal record, and being a single father at 20 years old. Rocha is a preeminent Latino vote expert, New York Times op-ed contributor, and the author of “Tío Bernie,” which provides an inside look at the strategy behind the historic Latino outreach operation he pioneered on the Bernie 2020 campaign.Rocha is also the founder of Nuestro PAC, a partisan Super PAC that aims to educate, mobilize, and turn out Latinos in key states for the 2020 general election and beyond. Community is important to Rocha, as it is for most Latinos, which is why he is proud to serve on the boards of the Congressional Hispanic Caucus Institute and Don’t Look Away Pact. He also trains brown and black youth through webinars and mentorship programs with New American Leaders and the Aspen Institute. Rocha frequently speaks to students at colleges and universities, including Harvard, University of Chicago, Georgetown, George Washington University, New York University, and the University of Northern Texas.Contact a speaker booking agent to check availability on Chuck Rocha and other top speakers and celebrities.